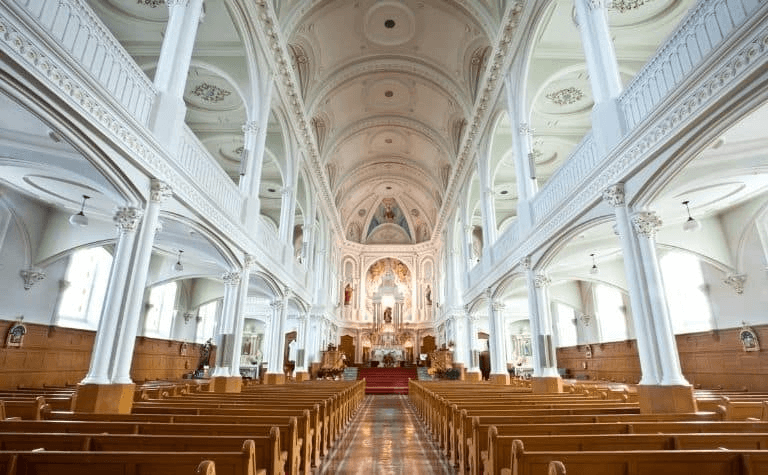 What is the difference between Presbyterian and Roman Catholicism?

Presbyterianism and Roman Catholicism differ in beliefs, ideologies, values, and practices. The table below shows the major differences between the two denominations.

What are the similarities between Presbyterian and Roman Catholicism?

What do Catholics think of Presbyterian?

Catholics see Presbyterians as heretics because they are part of the Protestant Reformation movement. However, Presbyterians are still welcome to Roman Catholic masses. Those that seek to become members of the Catholic Church are welcome.

Is Catholic and Presbyterian the same?

Catholic and Presbyterian churches have much in common. For instance, both believe that the Holy Scriptures are a source of authority and divine inspiration. They also believe that God exists in three forms: the Father, Son, and the Holy Spirit. The churches owe their origin to the early Christian church, which was started by the followers of Jesus, including Peter and Paul.

However, although these churches have much in common such as a common origin, they differ in beliefs, values, and practices. For instance, Roman Catholic followers are ruled by a hierarchy of priests headed by the Pope. On the other hand, the Presbyterian Church is led by elders.

Do Presbyterians and Catholics use the same Bible?

Presbyterians and Catholics use different Bibles. Presbyterians use the Hebrew Bible-66 books; on the other hand, Catholics use the Greek Bible-73 texts. The Catholic Bible includes the seven books that leaders of the Protestant movement, which Presbyterianism belongs to, decide to omit from their version of the Bible, citing contradictory doctrines such as purgatory.

abujacatholicarchdiocese.org. (2022). What does the Reformed Presbyterian Church believe? Retrieved December 16, 2022

Cssphl.org. (2022). What is the difference between Catholic and Protestant? – CSS Philadelphia. Retrieved December 16, 2022

pclawrenceville.org. (2021). What are the differences between Presbyterianism and Catholicism? Retrieved December 16, 2022