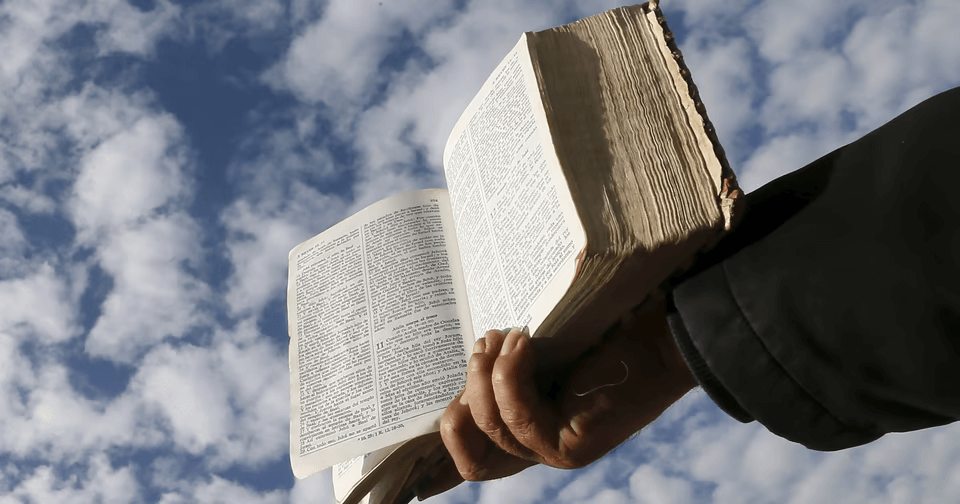 Baptists are a group of Christian denominations and churches that believe in the principle of “believer’s baptism,” Only individuals who have personally professed faith in Jesus Christ should be baptized. They typically practice baptism by full immersion, as they believe this method resembles how the early church baptized new believers. This article will answer the question; which bible translation do the Baptists use?

Baptists are a Christian denomination that emphasizes the importance of individual belief and the authority of scripture. They typically believe in salvation through faith in Jesus Christ alone. They have grown over the years and may not all adhere to one bible translation but have those commonly used by their followers.

Why do most Baptist churches use the KJV, NIV NLT, or NKJV?

Baptists often use the King James Version (KJV) for its historical significance and perceived accuracy in translation.

One reason for this is that the KJV was first published in 1611 when the Church of England was experiencing a significant religious and cultural upheaval. Many Baptists believe that the KJV was a direct response to these changes, as it was intended to provide a unified and authoritative translation of the Bible for all of England.

The New International Version (NIV) is a popular translation of the Bible among Baptists and many other Christian denominations . One reason is that the NIV is considered a highly accurate and reliable translation of the original texts. It is based on the most recent scholarship and is regularly updated to reflect discoveries and advances in biblical studies.

Furthermore, the NIV Translation Committee comprises a diverse group of scholars, including Baptists, which helps ensure that the translation is representative of a wide range of perspectives. This helps to ensure that the NIV is a trustworthy and unbiased translation of the Bible.

In summary, the New International Version (NIV) of the Bible is popular among Baptists for its accuracy, clarity, the balance of formal and dynamic equivalence, and representation of diverse perspectives. It is considered a reliable and accessible translation of the Bible that is well-suited to the needs of contemporary believers.

The NLT is a dynamic translation that seeks to convey the meaning and tone of the original texts in a way that contemporary readers easily understand. This approach allows for a more accurate representation of the original text and a better comprehension for readers. The NLT also uses gender-inclusive language, which helps to avoid any potential misconceptions or biases that may arise from using traditional gendered language.

In addition, the NLT is also widely available and easy to find; it can be found in many churches and Christian bookstores, as well as online. Many individuals, Bible study groups, and churches find it useful for personal study and devotions.

Baptists may use it because it is an accurate and easily understandable translation widely accepted and respected among scholars and theologians; it is also widely available and easy to find. They may choose to use it in personal study, worship, and other forms of instruction.

The New King James Version (NKJV) of the Bible is a popular translation among Baptists for several reasons. One reason is that it is considered a “formal equivalence” translation, which means it attempts to preserve the wording and sentence structure of the original texts as much as possible while still making it easy to understand for modern readers. Many Baptists believe this translation is the most accurate and faithful to the original texts and, therefore, the best choice for studying the Bible.

Many Baptists also appreciate the NKJV for its use of traditional language and its adherence to the Textus Receptus, a Greek text considered the closest representation of the original text. They also found it helpful in terms of its study aids like cross-references, concordance, and footnotes.

In summary, the New King James Version (NKJV) is a popular translation among Baptists because it is considered to be a “formal equivalence” translation, which is considered to be the most accurate and faithful to the original texts and is a revision of the King James Version (KJV), which has a long history of use among Baptists, and its adherence to the Textus Receptus, traditional language and study aids.

While these translations are some of the most popular among Baptists, it is essential to note that individual preferences can vary greatly. Some Baptists prefer a more literal translation, while others prefer a more dynamic or thought-for-thought translation. Ultimately, the most important factor in choosing a Bible translation is that it accurately conveys the meaning of the original texts.

Which of the bible translation is accepted universally among the Baptists?

Baptists, like many other Christian denominations, have a variety of Bible translations that they use. However, the King James Version (KJV) is the most widely accepted and used translation among Baptists. The KJV is a translation of the Bible that was first published in 1611 by the Church of England.

It was commissioned by King James I of England and produced by a team of 47 scholars. The translation was based primarily on the Textus Receptus, a Greek text of the New Testament, and the Masoretic Text, the standard Hebrew text of the Old Testament. The KJV quickly became the most widely used translation in the English-speaking world and remained so for over 300 years. It is considered one of the most accurate and formal translations of the Bible, and it is known for its beautiful and poetic language.

Why do the Baptists not use other Bible translations?

Some Baptists may not use other translations because they believe the KJV is the most accurate and faithful to the original texts. They may have concerns about the wording or interpretation of other translations and prefer the KJV for its formal equivalence approach, which attempts to preserve the wording and sentence structure of the original texts as much as possible. Additionally, the King James Version (KJV) has a long history of use among Baptists. Many may prefer it for its traditional language and literary style, which they believe makes the reading experience richer and more meaningful.

In summary, some Baptists may not use other Bible translations because they believe the KJV is the most accurate and faithful to the original texts, have a preference for its formal equivalence approach, traditional language, or literary style, or that it’s the only true translation. However, the choice of translation is ultimately a personal decision; not all Baptists have the same preference.

Why does the bible translation matter to the Baptists?

Bible translation matters to Baptists because they believe that the Bible is the authoritative word of God and the foundation of their faith. They see the Bible as the ultimate source of truth and guidance for Christian living. They believe that accurate translation is essential for gaining insight into the historical context and cultural background of the texts, which can help to deepen one’s understanding of the meaning and intent of the passages and help to ensure that the teachings of the Bible are correctly interpreted and not distorted. They also believe that an accurate translation of the Bible is necessary to understand God’s word and grow spiritually.

What Bible translations do the Baptists use?

Baptists and the universally used translation

Baptists and the Bible