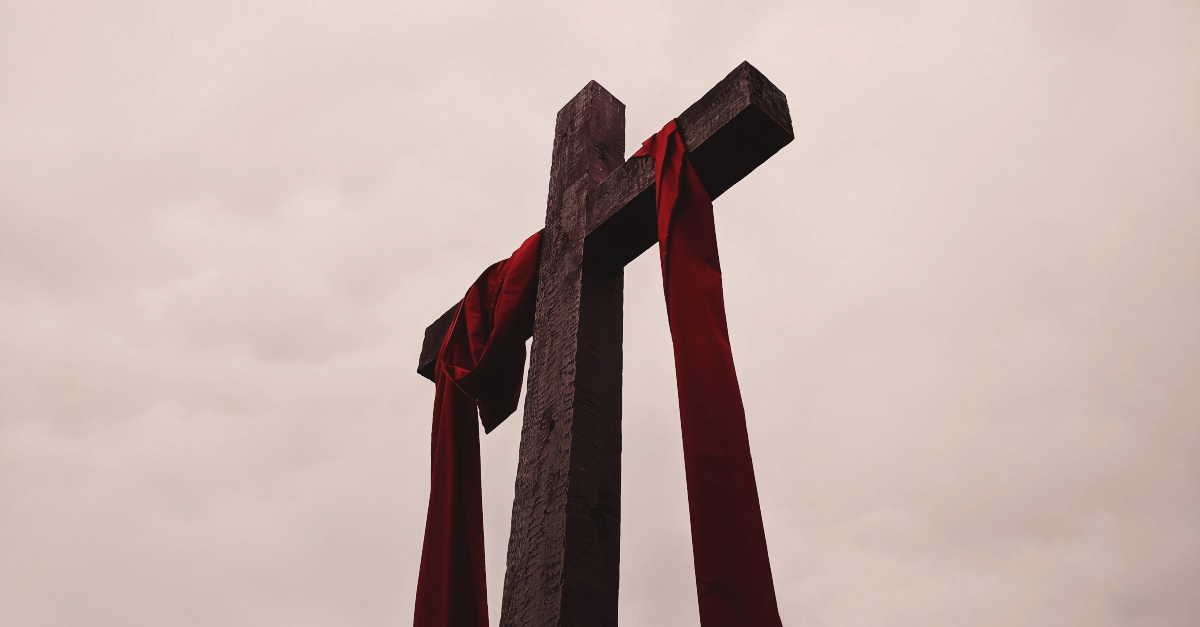 Early Christians embraced different symbols representing their faith in God, Jesus Christ, or spirituality. Some of these symbols have been adopted by modern churches and Christians, and we often see them printed in churches, houses, or even some drawn on bodies as tattoos. IHS is a symbol mostly found on the cross and in some churches, and this has led many people to wonder, what does IHS mean on the Christian cross?

The IHS is an example of a Christogram used to mean or represent the name Jesus. These three letters were the way of writing the word ‘Jesus’ during ancient times and were derived from the first letters of the word Jesus when written in Greek. The early Christians mainly used this writing during the 3rd century as a part of communication, other than what it represented.

What is the full form of IHS in Christianity?

IHS was derived from the name Jesus when translated into Greek. When written in the Greek language, Jesus’ name is ‘ΙΗΣΟΥΣ.’ The early Christians then took the first three letters, which are ‘Ι (iota), Η (eta), Σ (sigma),’ to come up with the famous symbol IHS. When written in Latin, the Greek letter ‘Σ’ is ‘S’; therefore, the letter IHS.

The IHS symbol is mainly found on windows, alters, or even the vestments of Anglican, Catholic, Lutheran, and Methodist churches. Bible scholars from compelling truth organizations also urge that early Christians were among the first to use this symbol as a secret code to identify each other during their persecutions.

If a person saw the IHS symbol on the entrance of a church or a house, they automatically knew that the place belonged to someone who acknowledged Jesus Christ and was, therefore same for them to enter and worship or take refuge. Although not all churches that believe in Jesus use this symbol, the fact that a Christian or a church at large acknowledges Jesus as their savior is enough.

What does IHS mean on a Christian grave?

According to theologians from Pilgrimage in medieval Ireland, the IHS symbol was used on a Christian grave as a Christian tradition to acknowledge Jesus. Some religious scholars have also implied that IHS on a Christian grave signifies the devotion the dead person had toward Jesus Christ while they were still alive.

When devoted Christians die, they will only want the rest of the world to know that in their days of living, they were fully devoted to serving Jesus and would therefore request his symbol to be put on their grave as a sign of love and honor.

Philip Kosloski of Aleteia organization also suggests that the IHS on a Christian’s grave signifies or represents someone who was a Christian, and even in their death, is proclaiming their hope in eternal life. It is not a must for any departed Christian to have this symbol on their grave, as they know the life they lived on earth, but this symbol only emphasizes the hope that the deceased one has in Jesus.

When he was on the earth for his earthly ministry, Jesus promised that the righteous would resurrect on the resurrection day and be able to be with him in heaven. For departed Christians, this symbol on their graveyard shows their devotion to Christ and their hope in him that they will one day resurrect when Jesus finally comes back.

The symbol IHS on a Christian’s grave also meant the religion they practised before they died. It was hard to tell if a person was a Christian or Muslim when their grave had no sign or symbol. However, the IHS sign meant that the person practised Christianity and believed in Jesus Christ.

What is the significance of IHS in Christianity?

During the 3rd century, the Christogram IHS had two very important significance to the early Christians; one, it was used to communicate between illiterate Christians with little knowledge and understanding of writings. Every Christian easily spotted the writings of IHS as its meaning was direct because they were already on the cross, meaning that whoever had the cross, or the church or house that had this symbol was an automatic follower of Jesus. Therefore it did not need further explanation or interpretation for the less educated.

Secondly, this symbol was of major significance to the early Christians, as it was used as a secret code for meetings and places of worship. During that time, the Roman Empire was killing and punishing Christians who publicly declared their beliefs and saw they could not worship when seen. Instead, they used this symbol at the entrances of their churches, where they used to meet in secret, worship, and go back home as if nothing had happened.

In modern Christianity, the IHS Christogram plays a major significance to modern Christians, as it reminds them of what Jesus Christ had to go through on the cross to die for their sins, keeping them cautious and righteous all the time. The three letters also remind today’s Christians who Jesus Christ truly is to them and why they should keep their hope alive as they wait for his second coming.

Additionally, the symbol IHS signifies Christians’ devotion to Jesus Christ. Father William P. Saunders from Catholic Herald implies that centuries ago, St Bernardine of Siena and one of his students, St John used this Christogram to show and promote their devotion to the Holy Name of Jesus throughout their missions in Italy. It is noted that they performed several miracles as a result of the placards that they had carried along, showing this symbol, proof that this Christogram carried Jesus Christ’s power.

Lastly, the Christogram IHS signifies a Christian’s faith in Jesus as their lord, savior, and companion. By believing in this symbol, Christians show that they have already accepted who Jesus Christ is in their lives and fully acknowledge him.

Are there other meanings of IHS in Christianity?

After the early Christians introduced this Christogram, its meaning has changed over the centuries, as different Christians and denominations believe that the letters IHS have different meanings. For instance, other believers imply that IHS is an abbreviation of a Latin phrase meaning ‘less Hominum Salvator,’ which, when translated to English, means “Jesus, the savior of Men.”

Another meaning that is implied in the IHS phrase is that it means “we have Jesus as our companion” after being translated from the Latin phrase ‘lesum Habemus Socium.’ This phrase is mainly used by the Jesuits, an order of the Roman Catholic church, who consider themselves the Society of Jesus.

This Roman Catholic church group was founded in the 16th century by Francis Xavier and Ignatius Loyola, among others, to increase the effectiveness of their missionary work. They often used the phrase IHS to mean Jesus was their compassion, a meaning that some believers have adopted to date.

Another meaning tied to the phrase IHS is ‘Humble Society of Jesus,’ translated from the Latin phrase ‘lesus humlis societas’. It is still being determined where this translation came from, as no religious scholars and theologians have given more details concerning the phrase.

Bible scholars from Got Question ministries have also implied that some Christians use the letters IHS to mean ‘In Hoc Signo Vinces,’ which, when translated to English, means “In this sign, you will conquer.”

Different Christian denominations and Christians have come up with what they think the letters IHS on the cross means. However, Christians should base more on something other than what another Christian thinks of the Christogram. Instead, we should focus on what it represents or symbolizes, as Jesus Christ is important in our lives, compared to any symbol or phrase.

What does IHS mean?

What does the IHS monogram mean?

https://www.catholicherald.com/article/columns/what-does-ihs-mean/What do the letters IHS stand for?

Symbolism: what is the significance of “IHS.”

what is the meaning of IHS?