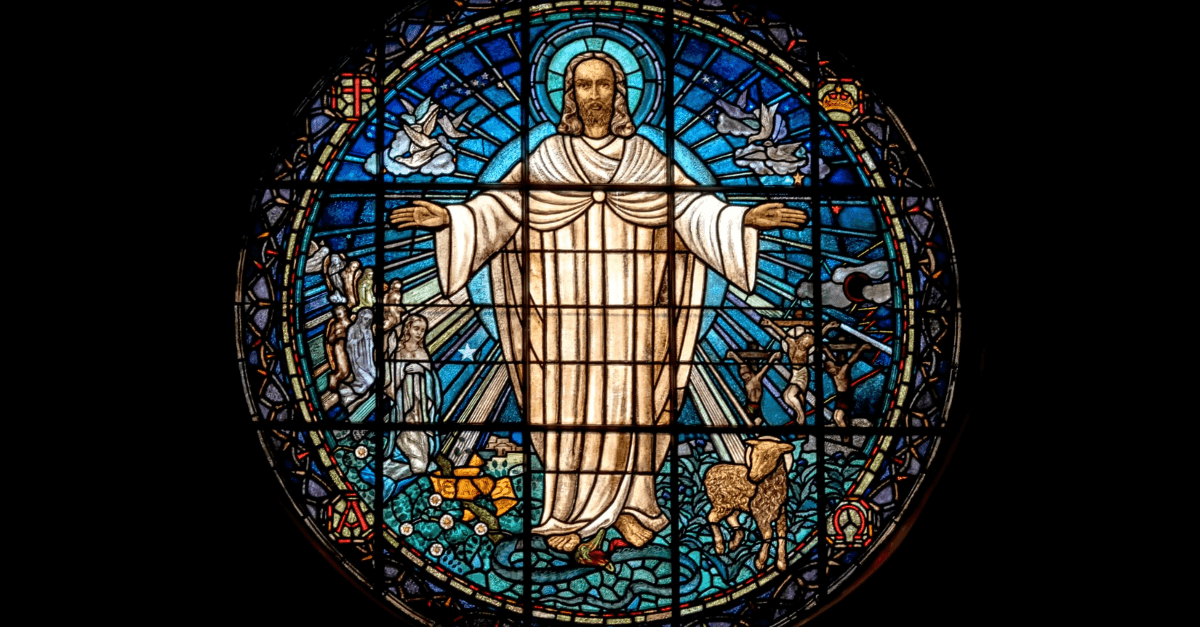 We all know that Jesus Christ is our savior; he died for our sins so that man may have a relationship with God. However, he also held other titles in the scripture. So, what does the Bible really say about Jesus? Who is Jesus?

The Bible refers to Jesus as the word of God and the Son of God. Jesus refers to himself as the son of man, light of the world, bread of life, and true vine, and even said that he and the Father are one. All these descriptions of Jesus point us to John 1:14, in which God became flesh and dwelt amongst us. Therefore, theologians conclude that Jesus is God the son (according to the trinity).

So, who does the Bible say Jesus is? How does the Old Testament describe Jesus? What is the New Testament’s perspective on Jesus? Who did Jesus say he was? What was the role of Jesus on earth? Why is Jesus so important? Is Jesus the same person as God? Do Christians pray to Jesus or to God? Continue reading to get the answers to these questions and more.

Who does the Bible say Jesus is?

The Bible says that Jesus is the Son of God. Luke 22:70 says, “Then they all said, are you the son of God? So he said to them, you rightly say that I am.”

Jesus also equated himself to God. not only did he say that he and the Father are one. John 5:17 also notes, “Therefore the Jews sought all the more to kill him, because he not only broke the Sabbath but also said that God was his father, making himself equal to God.”

The Bible also refers to Jesus as the great high priest in the book of Hebrews 4:1, “Since we have a great high priest who has passed through the heavens, Jesus the son of God, let us hold fast our confession.”

How does the Old Testament describe Jesus?

There are several descriptions of who Jesus was in the Old Testament. Isaiah 53:5 says, “He was wounded for our transgression; he was bruised for our iniquities’ the chastisement of our peace was upon him; and with his stripes, we are healed.”

Psalms 118:22 describes Jesus as the cornerstone. The verse notes that the stone builders rejected became the chief cornerstone, referring to Jesus. Furthermore, Isaiah 9:6 refers to Jesus as our everlasting Father, wonderful counselor, Prince of Peace, and Mighty God.

The New Testament’s perspective on who Jesus is

In the New Testament, Jesus often referred to himself as the son of man. John 8:28-29 says, “So Jesus said, when you have lifted up the son of man, then you will know that I am he and that I do nothing on my own but speak just what the Father has taught me. The one who sent me is with me; he has not left me alone, for I always do what pleases him.” Other than Jesus portraying himself as the son of God, during his baptism, God acknowledges that he is pleased with him.

The New Testament also depicts Jesus as the word of God in the book of John 1:1-14. Colossians 1:15 describes Jesus as the firstborn of all creation and portrays him as the image of the invisible God.

Who did Jesus say he was?

Jesus said he was the Father, God in the flesh. The gospel of John 10:30records Jesus’ words, “I and the Father are one.” This meant that though he was in human form, he was still God. And his godly nature can be seen in the things he did (He did only what God himself could do).

In the book of John 8:58, Jesus claimed to have pre-existed, a quality only God possesses. “Very truly I tell you, Jesus answered, before Abraham was born, I am.” The Old Testament also refers to God as “I am,” which means that Jesus was God manifest in the flesh. Exodus 3:14, “God said to Moses, “I AM WHO I AM.” And he said to the people of Israel, “I AM” sent me to you.”

Other clues that Jesus is God in the human form include John 1:1, “In the beginning was the word, and the word was with God, and the word was God.” Verse 14 says, “And the word became flesh and dwelt among us, and we have seen his glory, glory as of the only son from the father, full of grace and truth.”

In John 11:25, Jesus says he is the resurrection and the life. Jesus also referred to himself as the light of the world (John 8:12), the good shepherd (John 10:11), and the bread of life, and even notes that he is the way, the truth, and the life.

According to the gospels of Luke and Mathew, Jesus was born in Bethlehem and raised in Nazareth with his Father, Joseph, mother, Mary, and siblings (Luke 1:5). The book of Mathew goes ahead and tells us that Joseph, the Father of Jesus was a carpenter. It is also clear in Mathew 1:18 that the Holy Spirit conceived Jesus. The Bible indicates that Jesus was around 30 years of age when he was baptized and embarked on his mission to earth. Luke 3:23 says, “Now Jesus himself was about thirty years old when he began his ministry.”

The Bible says that after Jesus died, he was resurrected on the third day. Jesus died on a Friday, and his body was found missing at the start of a new week. Luke 24:1-3 says, “On the first day of the week, very early in the morning, the women took the spices they had prepared and went to the tomb. They found the stone rolled away from the tomb, but when they entered, they did not find the body of the Lord Jesus.”

What was the role of Jesus on earth?

The Bible is clear that the role of Jesus on earth was to do the will of the Father by dying on the cross to save humanity. 1st Timothy 11:15 says, “The saying is trustworthy and deserving of full acceptance, that Christ Jesus came into the world to save sinners, of whom I am the foremost.” John 6:38 emphasizes that Christ came to do God’s will, not his own. Christ came to earth to destroy the works of the devil (1st John 3:8).

Why is Jesus so important?

John 3:16 summarizes why Jesus is so important. Jesus is how God showed his love for humanity. He restored the relationship between God and humanity through his atonement and dying on the cross for our sins. 2nd Corinthians 5:18 says, “All this is from God, who reconciled us to himself through Jesus Christ and gave us the ministry of reconciliation.”

Is Jesus and God the same person?

Jesus indicated in the New Testament that he was God. Additionally, when one of his disciples called him God, Jesus did not correct him. John 20:28, “Thomas answered him, my Lord and My God.”

Titus 2:13 also indicates that Jesus is God. “Waiting for our blessed hope, the appearing of the glory of our great God and Savior Jesus Christ.”

Therefore, biblical evidence points to the fact that Jesus is God manifest in the flesh. According to the trinity, one God can exist in three different persons: the son, Holy Spirit, and the Father. So, Jesus is God the son.

Do Christians pray to God or to Jesus?

We pray to God through Jesus Christ. Jesus said he is the truth and light, and it is only through him that we can reach the Father. He is our mediator. John 14:6 says, “I am the way and the truth and the life. No one comes to Father except through me.”

Jesus is our mediator and high priest who presents our interests before God. The book 1st Timothy 2:5 notes that he is the mediator who reconciled humanity to God.

Other names Christians use to describe Jesus

Jesus had several other titles in the Bible that Christians use to describe him. Isaiah 9:6 list some names that Christians use to refer to Jesus, “For us, a child is born, to us a son is given, and the government shall be upon his shoulder, and his name shall be called wonderful counselor, Might God, everlasting father, prince of peace.”

In the New Testament, Jesus was also referred to as King of Kings, Rabbi, teacher, Messiah, savior, king of the Jews, son of man, and even some Christians today call him the son of God.

Who is Jesus Christ?

Is Jesus God? Why should I believe that Jesus is God?

Who Does Jesus Say He Is?