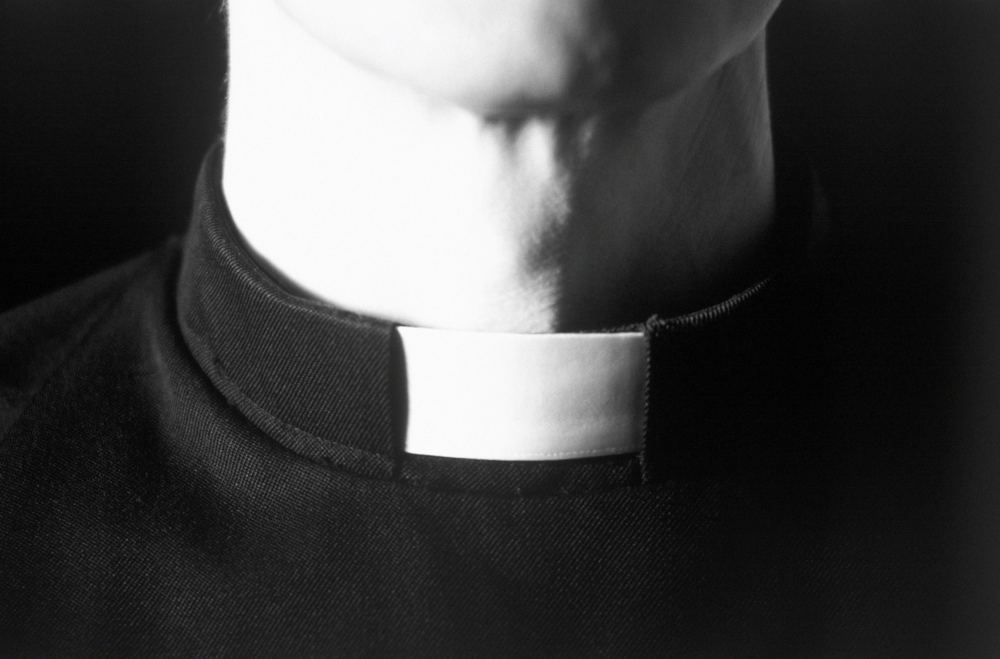 One of the most recognizable features of clerical vesture continues to be the white band that some Catholic and Protestant congregations’ priests and other clergy wear around their necks. The clerical collar is a peculiar item of apparel. It speaks louder than any words and makes clergy members easy to spot in any crowd. So, do Lutheran clergy wear collars?

Yes, many Lutheran clergy wear clerical collars, but if and when to wear one largely depends on the church and the individual. There appear to be no hard and fast rules governing the use of the collar by Lutheran clergy.

Read on to discover the rationale behind Lutheran clergy wearing collars and the significance of a clerical collar. Find out if all Lutheran pastors wear collars and if the Lutheran collar is the same as the Catholic one.

What is the rationale behind Lutheran clergy wearing collars? Significance of a clerical collar

A clergy collar, also known as a clerical collar or a Roman collar, is part of Christian clergy wear. It is almost always white and is said to have been originally made of linen or cotton but is now often made of plastic. Clerical collars are typically worn by clerics of the Catholic, Anglican, Presbyterian, Methodist, Lutheran, and other traditions, although many Norwegian and Danish Lutheran clergy prefer wearing the ruff instead.

Some say the article’s origins can be traced back to the Middle Ages when all professionals with advanced degrees were said to have worn black clothes. The white tab or collar originally appeared as an undershirt peeking through the collar’s opening or on top of it. However, as the culture abandoned this look, it is said that the clergy kept it and eventually gave it a theologically significant connotation, namely that the priest is a sinner (represented by the black garment) who yet communicates the righteous Word of God (symbolized by the white portion set over his voice box).

Regardless of religion, most people today say that such a collar identifies someone as a Christian clergyman and is a marker of their religious calling. The clerical collar is normally an upright, stiff, and narrow white collar that clamps at the back and is worn by priests and other members of the clergy all over the world.

The white collar in the Lutheran church is said to be a historic sign of a called or ordained pastor.

Many Lutheran clerics are said to wear it with a black clerical shirt or a traditional kaftan as a sign of reverence for the hallowed ministry. It is reported that many Lutherans also highlight the black as a reminder to the pastor that he is always dependent on Christ to successfully fulfill his duties.

In the Lutheran view, the collar is said to symbolize the pastor’s authority to teach and preach the Word in his church.

The collar, it is said, serves as a reminder to pastors to never advocate their own ideas but rather to remain as servants of Christ’s word and under his authority, as they are called to.

The collar serves as a recognizable symbol of the cleric’s accessibility. Because people recognize them as Christian clerics, some Lutheran pastors have reported that having a collar on had given them more opportunities to talk about Christ to strangers on several occasions.

Others still cite the custom of wearing religious garb as having Biblical precedence dating back to the priestly robes worn by the priests who ministered in the Tabernacle following the Exodus.

Since the turn of the century, it has been reported that there has been a resurgence in interest in the clerical collar. Some people are said to choose to wear one as a sign of their commitment to their religion, their political or social beliefs, or both. Despite its limited usage, it is worn by numerous priests worldwide.

Like police officers, who are often referred to as “men in blue” because of their uniforms, or as a chef who wears a cap and jacket, pastors can now be recognized solely by their clerical attire. The collar, which is most recognized by the tiny white rectangle that can be seen peeking through the gap of a black tab collar shirt, is considered by those who wear it to be a component of a cleric’s formal wear and day clothes. Some also opt for a full-band clerical collar, which makes their entire neck visible beneath the white collar.

Do all Lutheran pastors wear collars?

Not all Lutheran pastors wear clerical collars. That many feel that clergy attire, particularly the collar, has been used to identify one’s status as a Lutheran minister is in no doubt.

The wearing of special clerical clothing and liturgical vestments by ministers is said to date back to at least the fourth century when symbols of office were given to presbyters, bishops, and deacons, and a distinct set of attire was reserved in the church sanctuary for use when the member of the clergy was leading divine worship.

However, there seems to be no uniformity in using a clerical collar in the Lutheran church today. It has been observed that while some pastors wear the collar whenever they are in public, others wear it only when on duty, others only when conducting the service, and some never at all. It has been said that this is even though historically, priests and pastors have been expected to wear clergy clothing when on official duty around and in the church building, when making calls on church members, and when at public events representing the church.

In recent times, pastors are said to have found fewer occasions to wear clergy clothing. Reasons vary, from personal preferences to more relaxed social norms where people do not generally dress professionally or formally. Some Lutheran groups do not seem to emphasize wearing it, so pastors find it easy to choose whether to wear it or not.

Lutherans who support wearing the collar have been said to contend that regardless of social norms, special attire is still expected to be available and used in the course of official duty, and this should be no different for the Lutheran clergy. A pastor’s vestments, they argue, are a type of uniform they should wear when they are on duty. A shirt with a “backward collar,” also known as a clerical collar, is part of that uniform. Those in favor of the use of the collar seem to suggest that distinctive attire is a way of confirming to all in the church and society one’s identity as an ordained minister of the Lutheran Church.

While some are said to see prescribing what a pastor should wear as inconsistent with evangelical liberty and freedom of choice, there seems to be a push by some Lutheran churches and societies to encourage the clergy to wear clergy vestment, including the clerical collar and cassocks, particularly at church events.

Is the Lutheran collar the same as the Catholic collar?

The Lutheran pastor’s collar is said to be the same as that of Catholic priests. The Catholic and Lutheran clergy are known to regularly wear a mix of the same types of attire, especially when it comes to non-liturgical attire. Clerics of both churches will often wear a black shirt and white clerical collar for daily use.

For Catholic priests, each garment is said to represent a spiritual aspect of the priesthood and to have its origins in the early days of the church. The Lutheran attire is said to follow closely the form of the Catholics, which is attributed to the fact that Luther was a priest of the Order of Saint Augustine. It has been suggested that in the Reformation, he did not focus much on the things he did not consider to need reforming, and to many, this seemed to include vestments. As a result, the clerical attire of Lutheran bishops and priests frequently resembles that of the Catholic clergy. It is the detachable clerical collar and cassock or clerical shirt in many places.