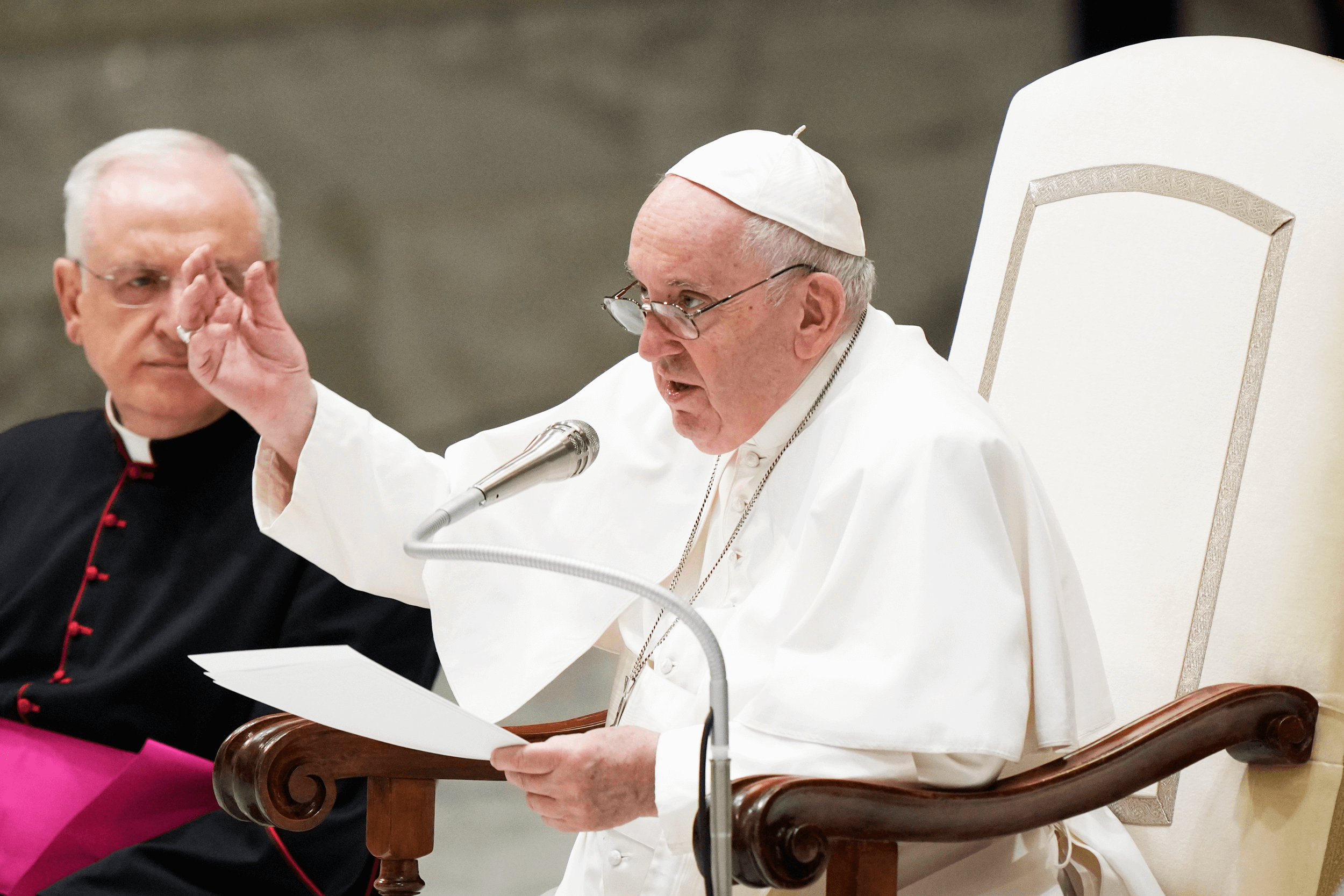 The Pope is the overall leader of the Roman Catholic Church. He is the highest symbol of authority in this church. For the longest time, Catholicism teachings about the Pope and his relationship with God have always been questioned by Protestants churches. There are many misconceptions about the Roman Catholic Church, which may lead you to wonder; does Catholicism teach that the Pope speaks to God directly?

There are many misconceptions and half-truths about the Roman Catholic Pope; in this article, we attempt to answer a few of your questions, including; what is popular infallibility? Does Catholicism teach the Pope hears God’s voice literally?, Do Catholics believe that Pope is closest to them? Do Catholics believe the Pope prays to God on their behalf? Read on!

What is papal infallibility?

This doctrine gives supremacy to the Pope as the Christian leader of the Catholic church. It gives him the authority to judge what is right or wrong in matters of faith and morals. The Pope, while speaking in ex-cathedra (from the throne), can issue a doctrine concerning faith and morals that becomes irreformable. It is believed that the Pope is the successor of Peter Peter. Hence when he speaks ex+ cathedra, he is protected from teaching an error as in him is the holy spirit who was promised to Peter Peter by Jesus. Since the Pope, while speaking ex-cathedra, is protected from error, the doctrine that he proclaims becomes the church’s dogma without question or room for appeal. This doctrine has only been used two times only since it was invented.

Though the Pope has this supremacy, it does not necessarily mean that anything he speaks or comments about is infallible. For example, if the Pope gave a speech about his opinion on family planning, his statement is not infallible as the topic does not concern faith or morals. Any other teaching or magisterium that he gives is also not infallible.

Also, though the Pope is protected from teaching error when speaking ex-cathedra, it does not mean he does not sin. He sins as all human beings do and can make errors in life. Hence it is wrong to assume that the Roman pontiff is free of sin as some may have been led to believe.

Does Catholicism teach that the Pope hears God’s voice literally?

Catholicism does not teach that the Pope hears God’s voice literally. Instead, it believes that the Pope converses with God through prayer as any other Christian would. Though the Pope is experienced, devoted, and relentless in prayer, it does not give him any special features that set him aside from any other staunch believer in the Catholic church. However, sometimes the Pope may get special revelations through prayer. However, this is not because of the office he holds or his rank. There are, however, other common ways that Catholics believe the Pope communicates with God. They include;

The Catholic church teaches that God reveals himself to his people through the above ways, which also apply to the Pope, ad his office does not give him the ability to converse directly with God or hear him literally.

Do Catholics believe that the Pope is closest to God?

Catholics do not teach that the Pope is the closest person to God. However, it may be assumed so because of his role. Also, authority comes from the lord, and it is a favor that the Pope is given that role to be the steward of his people; however, this does not mean that he is closer to God than any other Christian. Though the Pope is given the supremacy of being infallible in his decrees concerning faith and morals, through the doctrine of papal infallibility, it does not mean that he does not sin like any other human being.

Do Catholics believe that the Pope prays to God on their behalf?

The Catholics believe that the Pope, the general leader of the Roman Catholic church, prays to God on their behalf. Aside from being the leader and the judge of what is morally and religiously right or wrong, the Pope also intercedes to God on behalf of the holy church. The standing pontiff, pope Francis, teaches the need for intercession prayer among believers. He urges believers to pray for their fellow Christians who are suffering in one way or another, as there is power in supplication.

Just as the first pope, apostle Peter Peter prayed for the sick, sinful, and believers all at once, the Pope followed in the same footsteps. He prays that the holy church may stand firm in the face of persecution for the strength of the clergy, the congregation, and much more. The Catholic church teaches that constant prayer keeps a believer’s faith steadfast.

The Pope’s routine from morning till sundown is lined up with prayers. He starts his mornings with the liturgy of hours. He leads liturgies consisting of prayers all day, praying for the different needs of the holy church and the problems ailing different countries, like political instability, health hazards, wars, droughts, and many others. Additionally, He celebrates mass daily and engages in adoration during the evening hours. Hence it is correct to say that the Pope is a very prayerful leader who intercedes to God on behalf of the holy church.

Does Catholicism teach that the Pope speaks to God directly?

What is papal infallibility?

The doctrine of papal infallibility

Does Catholics believe that the Pope is the closest to God!

What is the relationship between the Pope and God?

Does the Catholics believe that the Pope prays to God on their behalf?