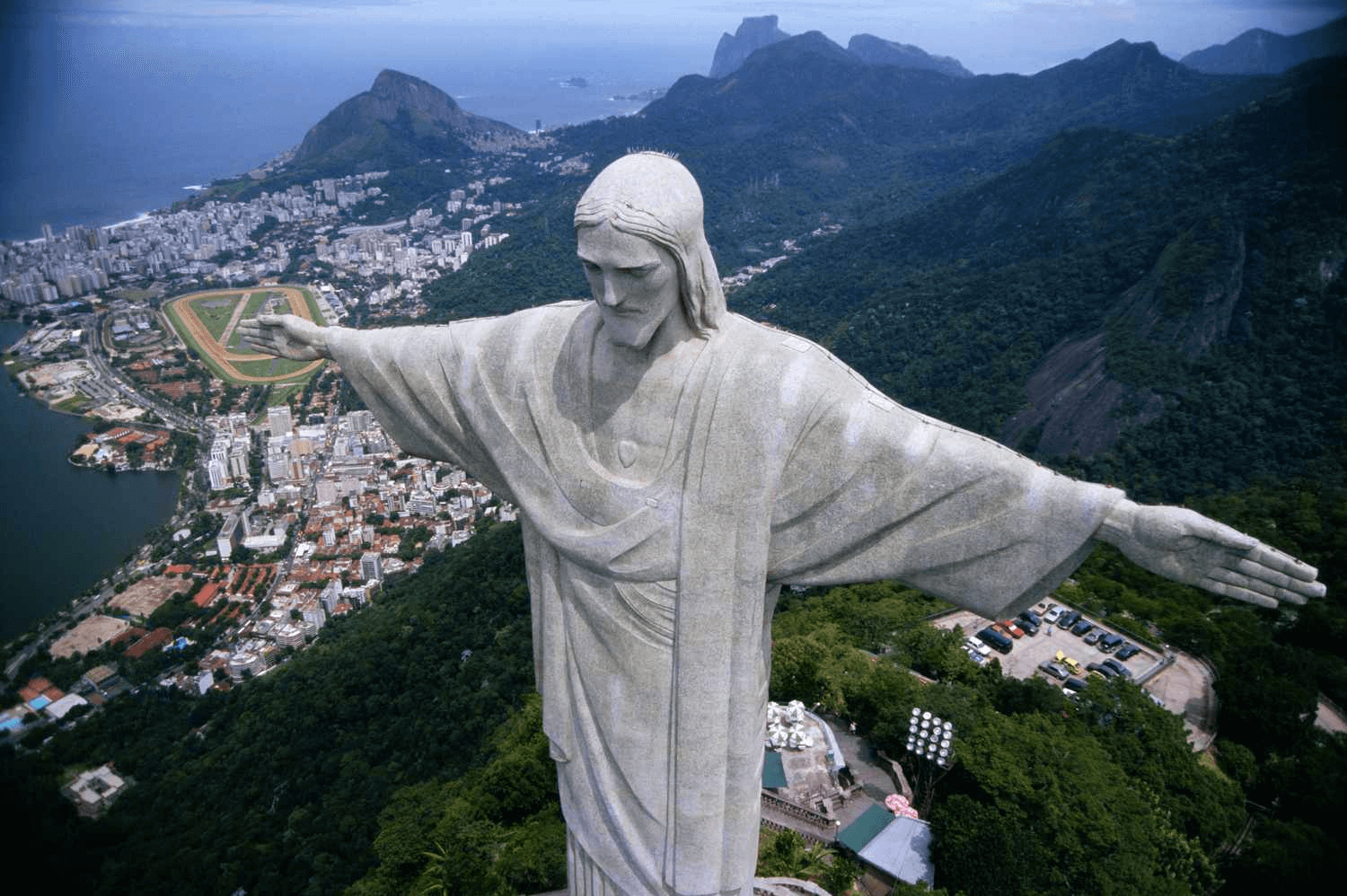 It is located on the peak of Corcovado Mountain, overlooking Rio de Janeiro. Christ, the Redeemer Statue, is a marvel that has captivated locals and tourists, each attaching its own meaning to it. But what many yearn to know is, why was the Christ the Redeemer statue built?

The Christ, the Redeemer Statue, was conceived by a group of Brazilians to bring unity and reclaim Rio for Christianity. Following World War I, there was a sense of hopelessness and Godlessness. The state and the church had grown apart. The Christ, the Redeemer Statue, was built in the aftermath of Brazil’s independence from the Portuguese, and it served as a unifying symbol for Brazilians.

Where did the idea of building Christ the Redeemer statue come from?

The idea for erecting the Christ, the Redeemer Statue originally came from a local Brazilian priest. He birthed the idea and reached out to Princess Isabel, daughter of the then-emperor Pedro the Second, in the 1850s. The idea was, however, not welcomed. A group of Brazilian Catholic faithful who saw the sense of hopelessness and Godlessness that had gripped the country took up the idea and brought it to life. This was during World War I. After years of captivity at the hands of the Portuguese, Brazil had just gained independence and became a republic. The state and the church had grown apart because they were not reading from the same script.

People had suffered so many atrocities due to the war and the fight for independence that they had nothing and no one to look up to. People did not want to be associated with God, and many questioned why a good God would sit back and watch them suffer at the hands of their fellow men. The Catholic faithful who funded the project built the Statue to reclaim Rio from secularism, but it had an unintended consequence. It restored the Christian faith and increased peace, love, and unity among Brazilians. After experiencing such turmoil, it gave Brazil’s people renewed faith that Jesus was always with them and watching over their country.

What is the significance and symbolism of Christ the Redeemer statue?

The Christ the Redeemer statue is of great significance to the people of Brazil. It is not only a tourist attraction but also represents Brazilian culture, religion, and history and acts as a national symbol for Brazil. The Christ Redeemer Statue also acts as a landmark for many in Brazil. Brazil’s main denomination is Catholic, and for Catholics, the Statue is representative of Christ as a reminder of their sacred duties as Catholics and their spiritual affiliation.

At the time of construction, the state and the church were separated, and the Statue acted as a unifying factor. It not only appeals to Catholics but to Christians all over the world. The Statue that depicts Jesus with open arms is a reminder of Christ’s acceptance and love toward His people. It paints a perfect picture of John 6:37 “Everyone whom the Father gives me will come to me, and the one who comes to me I will never send away.” Open arms symbolize welcome and acceptance.

Open arms are also believed to symbolize the Brazilian people as good hosts. They are believed to be welcoming people, and it is evident from their togetherness and unity, which are seen in many of their street festivals, dances, and music.

The Christ, the Redeemer Statue, was also strategically positioned to be visible to all and sundry. It reminds us of Christ as a redeemer who saves and watches over the people of Brazil. The Brazilians have come up with a festival known as Suvaco do Cristo to celebrate the Statue. This festival brings people together in dance and music as they match the Statue and parade the streets to celebrate its importance. Brazil’s culture is also preserved and deeply enshrined in the Statue, and it can be seen in the art, sculptures, graffiti, and tattoos embraced by many across Brazil.

How long did it take to build Christ the Redeemer statue?

As previously stated, the idea was conceived in the 1850s by a local priest, Pedro Maria Boss, but the first stone that laid the foundations of the Christ the Redeemer statue was first laid on April 4, 1922. This was to commemorate the centennial of Brazil’s independence from Portuguese colonial rule. Construction originally began in 1926 and continued to progress for about 9 years. The Catholic faithful funded the project and contributed funds to build the Christ Redeemer Statue.

Many people took part in the design and construction of the Statue. Some of the people who played a vital role in the magnificent piece of art that is now listed among the wonders of the world are;

Many construction workers also took part in the construction of the Christ the Redeemer statue. They worked day and night tirelessly, sculpting different pieces that would be put together to make the Statue. They went up and down the mountain to ensure the project’s success. They are credited with lifting and installing about 6 million mosaic tiles under instruction from the design team.

The sculpting often took place at the mountain’s base, and different pieces were loaded onto trains that took them up the mountain, where other construction team members at the top of the mountain installed them. An amazing fact about the construction is that there were no injuries or fatalities during the whole process. They were doing the Lord’s work, and the Lord was watching over them.

How did the Christ the Redeemer statue get mounted so high?

Being the world’s most prominent Art Decor, it is sensible to question how Christ the Redeemer statue was mounted so high. It is huge and stands at about 30 meters tall, which is around 98 feet, and horizontally the outstretched arms span 28 meters, about 92 feet. It is made out of soapstone tiles and reinforced concrete. If you think about it, these were not light materials, and the construction included a lot of manual labor and heavy lifting. The sculpting of different pieces that made the whole Statue was often done at the base of mount Corcovado. The pieces would then be carried up the mountain using the cog train, where another team would take the pieces and assemble them.

Construction workers also used long wooden poles to act as scaffolding. They would then scale them to install materials in the correct positions, especially those high up.

Why was Christs the redeemer statue built?

Wondering who built the Christ the Redeemer statue?

Sanctuary of Christ the Redeemer

Origin of Christ the Redeemer