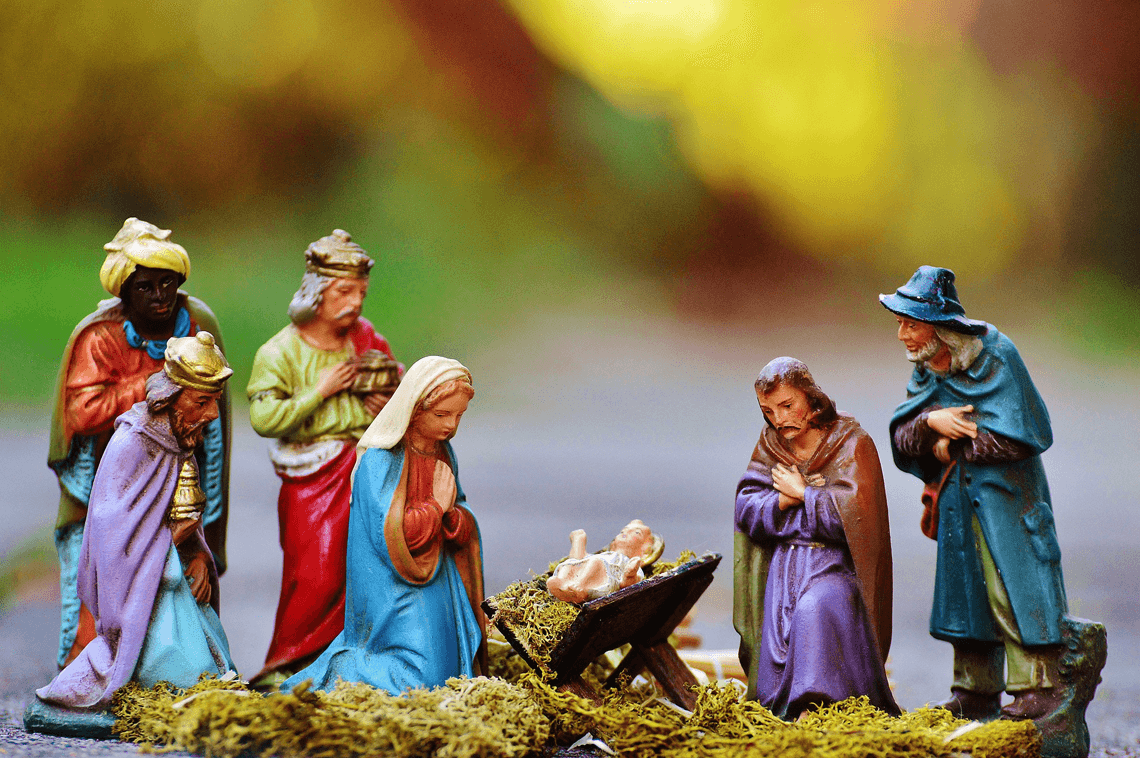 Jesus’ miraculous deeds while on earth are still a wonder to many believers today. While celebrating Christmas, Christians try to understand how his inexplicable conception and birth occurred. Since Matthew 1:18 suggests his conceiving was extraordinary, many believers wonder, ‘How was Jesus born?’

Jesus was born in a manger in Bethlehem. According to the scriptures, Joseph went to Bethlehem with his pregnant wife to register for a census. When they got there, Mary’s time for the baby to be born came, and because there were no guest rooms available, she gave birth in a stable where they were staying.

How was Jesus conceived? Is it true that the Son of Man was born in a manger? And what happened when Jesus was born? This article will provide the biblical evidence necessary to find the answers to these questions. Read on!

How was Jesus conceived?

The story of Jesus’ conception is still a wonder to many believers. The Bible implies that Mary, the mother of Jesus, was pledged to be married to Joseph. Yet, before they got together, Mary discovered she was pregnant. This is very surreal because, in Christianity, a couple does not get intimate until after marriage. Hence, the reason why Joseph must have been shocked.

Still, because the father of Jesus did not want his wife to be disgraced, he kept this matter a secret but, according to the Bible, planned to divorce her quietly. So later, when the angel appeared to Joseph in a dream, he was relieved. Matthew 1:20-22 says, ‘But after he had considered this, an angel of the Lord appeared to him in a dream and said, “Joseph Son of David, do not be afraid to take Mary home as your wife, because what is conceived in her is from the Holy Spirit. She will give birth to a son, and you are to give him the name Jesus because he will save his people from their sins.

The Word suggests that Jesus’ conception was miraculous. It implies that he was conceived through the Holy Spirit because he was going to be a powerful man who would save his people from their sins.

When was Jesus born?

The Bible does not say the exact date when Jesus was born. However, religious scholars have identified clues to suggest when it could have been. Most imply that, unlike most Christians assume, Jesus was not born on December 25th.

According to theologians, two events surrounding the birth of Jesus help conclude when he may have been born.

The scripture says that when Caesar Augustus issued a decree that a census is done in the entire Roman world, everyone was to do so in their town. Now biblical scholars speculate that it would take most people a week or more to travel back to their town, and although many may not have liked this order, they would have hated even their leader, even more had they been asked to register during winter.

Secondly, Luke 2:8 mentions that when Jesus was born, the shepherds were watching their flocks at night. Bible commentator Adam Clarke speculates that Jews would send their sheep in the open air from the spring to early October.

From this information, theologians imply that Jesus was born in October in the early fall of 2 BCE. They further back this by speculating that his death was on the Passover Nissan 14 in the spring of 33CE, John 19:14-16. Religious scholars believe he was 30 years old when he began his 3 ½ year ministry. (Luke 3:23)

Where was Jesus born?

Luke 2 states how the parents of Jesus were headed to Bethlehem, the town of David, for the registration of the census. At the time, they lived in Nazareth, but because Joseph belonged to the line of David, he had to go all the way, as had been ordered by Caesar Augustus.

When they got there, Luke 2:6-7 says, while they were there, the time came for the baby to be born, and she gave birth to her firstborn, a son. She wrapped him in cloths and placed him in a manger because there was no guest room available for them.

This scripture insinuates that Jesus was born in a manger, where animals lay because there was no room for his parents.

What happened after Jesus was born?

After Jesus was born, the night got even more miraculous. The Word speculates that shepherds were watching over their flocks nearby, and an angel appeared before them. They were terrified, but the angel asked them not to be afraid because he was bringing good news. The news was announced, and afterward, a great company of the heavenly host appeared with the angel praising God (Luke 2:13).

So the Bible speculates that when the angels had left, the shepherds went to Bethlehem to look for the baby in a manger. When they found him, they went to spread the news and praised God.

Then came the Wise men, referred to as the ‘magi’ in the Bible. They had seen the star and followed it, but King Herod met them on the way and asked them about the birth of Jesus and the location. He then told them to go to Bethlehem to find him and then report back to him so that he, too, can go and worship Jesus.

So the wise men went ahead and found Jesus with his mother, Mary, in the manger, and they worshiped him. Then they gifted him with gold, frankincense, and myrrh. Then, they returned to their country using another route and did not go to Herod because they had been warned in a dream of Herod’s intentions. Matthew 2:1-12

In this verse, the unborn child’s name is given by an angel.