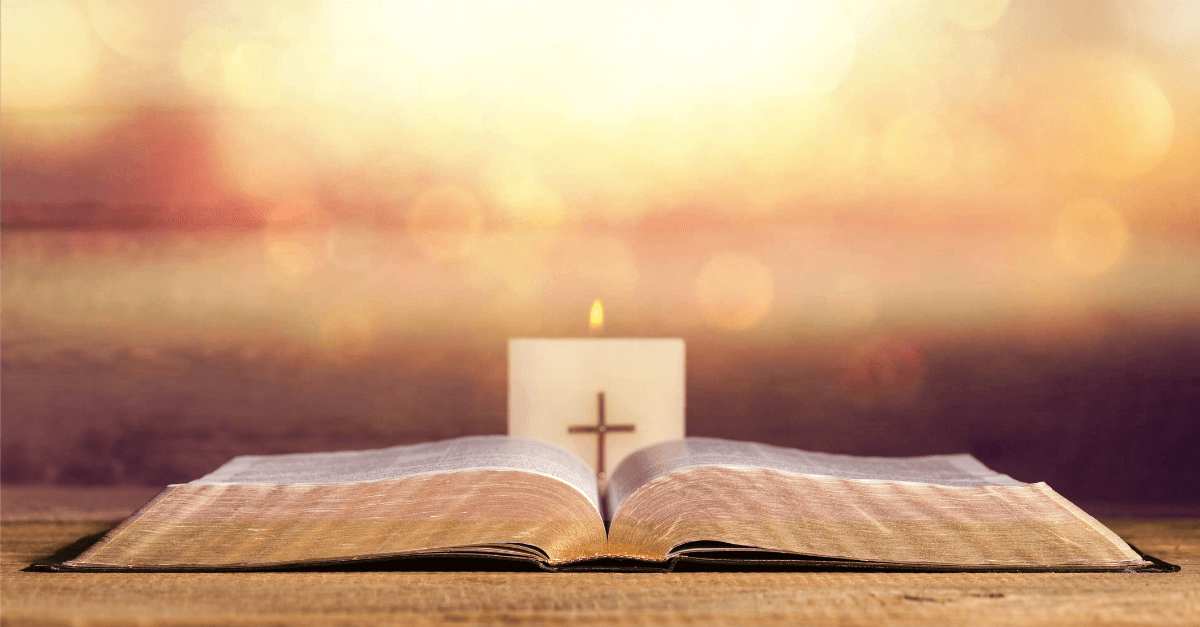 Christians always associate the noun word with the whole scripture, the word of God. However, what ignites curiosity when the phrase ‘word of God’ is used in the Bible is when John referred to Jesus as the word. Is Jesus the word?

The Bible says in John 1:14 that Jesus is the word. The word of God is simply God’s message to us. Jesus was referred to as the word because he is the embodiment of the total message of God. Colossians 1:19 says, “For in him all the fullness of God was pleased to dwell.”

How does the Bible describe the term ‘word’?

The term ‘word’ is used in the Bible in several ways. In Genesis chapter one, God created the universe by speaking things into existence. The book of Psalms 33:6 says, “By the word of the Lord were the heavens made and all the host of them by the breath of his mouth.” This indicates how the word of God is quite powerful.

Word is also used in the Bible to describe what God says. Psalms 107:20 says, “He sent out his word and healed them, and delivered them from their destruction.”

Theologians note that when the word of God is used in the Bible, it refers to Jesus Christ, as the whole Bible is one story that points towards Jesus Christ. They argue that Jesus is the center of the Bible as the Old Testament is about anticipating his coming while he became the flesh in the New Testament.

Furthermore, when the book of John says, “in the beginning was the word,” theologians note that Jesus was in the Garden of Eden during creation. Therefore, the word in the Bible is used to refer to the Bible itself, God’s message to us, and also to Jesus Christ, who is the son of God.

Does the Bible say Jesus is the word?

The book of John 1:1-14 indicates that Jesus is the word. John 1:1-5 says, “In the beginning was the word, and the word was with God, and the word was God. He was with God in the beginning. Through him, all things were made; without him, nothing was made that has been made. In him was life, and that life was the light of mankind. The light shines in the darkness, and the darkness has not overcome.”

John goes ahead and reveals that Jesus is the word in John 1:14, “The word became flesh and made his dwelling among us. We have seen his glory, the glory of the one and only son, who came from the Father, full of grace and truth.”

Therefore, there is enough biblical evidence that Jesus is the word. He noted in his teaching that before the first man Adam was, he was. Theologians note that Jesus is referred to as the word because he embodied the whole message of God. Jesus was without any sin, and he did only the will of God.

Other than the confirmation of his manifestation in the book of Timothy, Colossians 2:9-10 tells us that Christ is fullness of the deity in bodily form. It goes on and says he is the head of every power and authority.

Why did John describe Jesus as the word of God?

To understand why John described Jesus as the word, we would have first to understand why he wrote the gospel of John. The purpose of the gospel of John is found in John 20:30-31, “Now Jesus did many other signs in the presence of the disciples, which are not written in this book, but there are written so that you may believe that Jesus is the Christ, the Son of God and that by believing you may have life in his name.”

John wrote about Jesus Christ so that we may believe in his doings and that by believing in him, we may be saved and have eternal life. And though it is clear from the scripture that John referred to Jesus as the word of God, the Bible is not clear as to exactly why he did so. Some scholars argue that referring to Jesus as the word of God can mean wisdom personified.

In Revelation 19:13-14, Jesus is also referred to as the word of God. Moreover, some bible readers believe that Jesus was God’s ultimate message to humanity, which is why he is referred to as the word of God. Jesus himself says that he came to God’s will and God’s alone. Therefore, those who claim that he is the ultimate message of God to humanity argue that he came to deliver God’s message of salvation to us.

How can the Bible and Jesus both be the word?

The phrase ‘word of God carries a different meaning depending on the context when it appears in the Bible. John refers to Jesus as the word of God, which prompts many to ask how the Bible and Jesus can be both the world of God. When the Bible talks about the word of God, it refers to God’s message. Jesus was referred to as the word of God because he embodies the whole message. As mentioned above, the book of Colossians notes that Jesus embodied the fullness of the deity in bodily form.

Is Jesus the word made flesh?

The Bible is clear that Jesus is the word made flesh. John 1:14 says, “The word became flesh and made his dwelling among us. We have seen his glory, the glory of the one and only, who came from the Father, full of grace and truth.” Furthermore, the book of 1st John 4:2 notes that we can recognize the Spirit of God in those that acknowledge that Jesus Christ came from God and manifested in the flesh.

Did Jesus declare himself the word of God?

The Bible does not capture Jesus referring to himself as the word of God. In fact, the favorite title that Jesus loved using was the son of man. This depicted his humility and identification with humanity. Mathew 8:20 reads, “Jesus replied, Foxes have dens and birds have nests, but the son of man has no place to lay his head.”

What does the phrase ‘the word of God’ mean?

The phrase ‘the word of God’ has several meanings in the scripture. The word of God can mean something which God had decreed, like when he was creating the universe with his word. The word of God might also refer to God’s word to humanity. Genesis 2:16-17 says, “And the Lord God commanded the man, you may freely eat of every tree of the garden, but of the tree of knowledge and evil you shall not eat, for in the day that you eat of it you shall die.”

What does it mean that Jesus is the Word of God? What are John 1:1, 14 talking about?

What does John 1:1,14 mean when they declare that Jesus is the Word of God?

In the Beginning, Was the Word

Why Was Jesus Called the Word of God?

What Did John Mean When He Called Jesus the “Word”? (John 1)

How can Jesus and the Bible both be the Word of God?