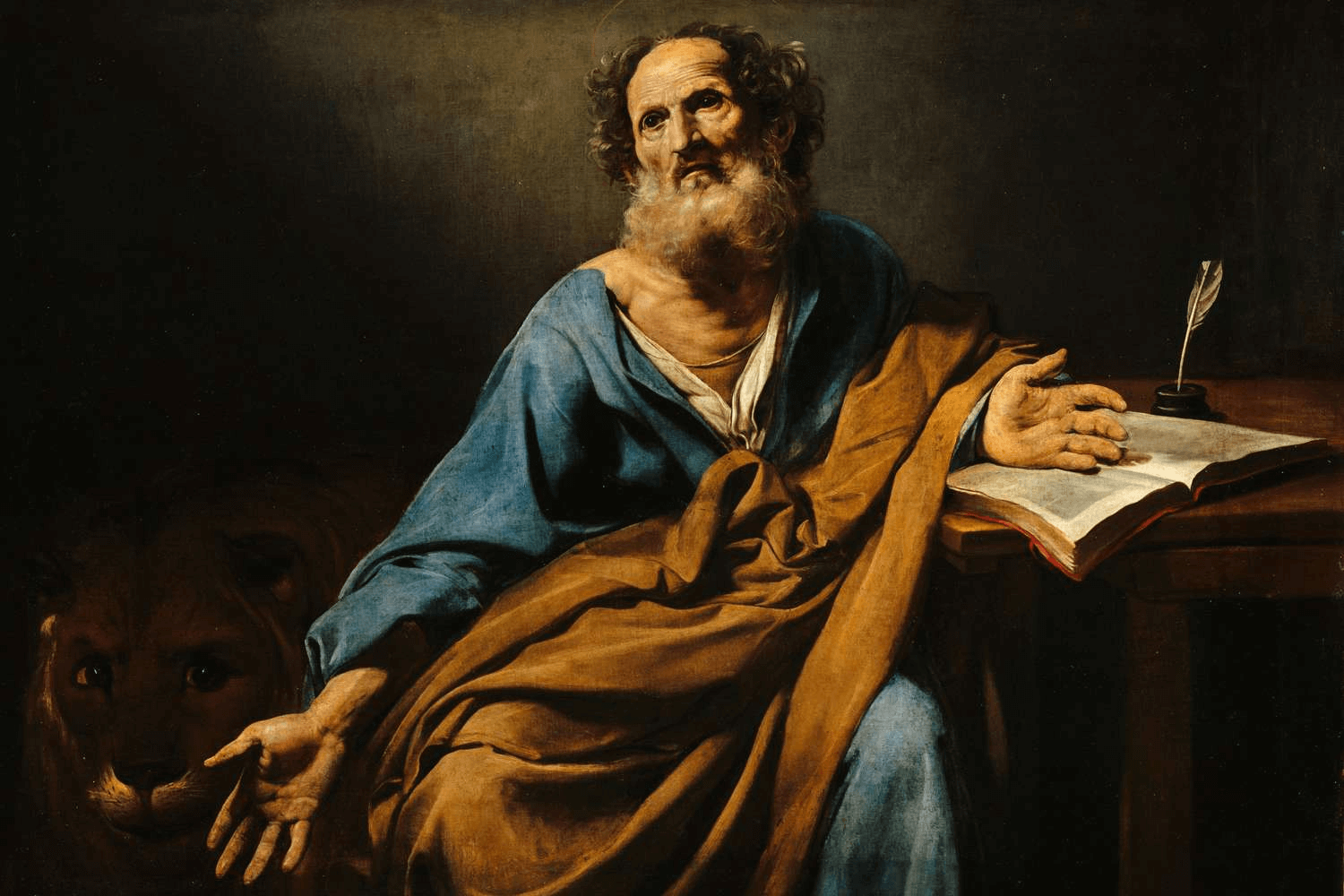 Several Johns were mentioned in the New Testament, which sometimes makes it hard for readers to tell them apart. Biblical scholars have tried for millennia to pick apart these biblical figures, specifically John Mark, since he was not directly mentioned in the Bible. So, who was John Mark in the Bible?

According to the Bible, John Mark is a Jewish Christian from Jerusalem. He is also presumed to be the author of the second Gospel in the New Testament. Many scholars also believe John Mark to be Peter’s biographer. In Acts 12:12 and Colossians 4:10, it is stated that John Mark is the son of Mary and cousin to Barnabas. He is also Barnabas and Paul’s companion on their missionary journey.

What does the Bible reveal about John Mark’s Bibliography? How does the Bible identify John Mark? Is John Mark the author of the Gospel according to Mark in the New Testament? Why did John Mark have two names? Read this article to find out all the answers to these questions and additional details regarding John Mark.

John Mark, according to direct mention in the book of Acts, was a believer in the early church. He wrote the Gospel of Mark.

In Acts 12:12, ‘When this had dawned on him, he went to the house of Mary the mother of John, also called Mark, where many people had gathered and were praying’, it is mentioned that his mother was called Mary. John Mark also had a cousin called Barnabas, as mentioned in Colossians 4:10, which states, ‘Aristarchus my fellow prisoner greets you, and Mark the cousin of Barnabas (concerning whom you have received instructions—if he comes to you, welcome him).’ Acts 12:25 also states that Barnabas and a man named Paul were John Mark’s companions during his travels.

The Bible does not mention anything regarding John Mark’s father. Some Biblical scholars believe that John Mark was younger than Barnabas and Paul since Mark 14:51-52 says, ’And a young man followed him, with nothing but a linen cloth about his body. And they seized him’, talks about a ‘young man’ suggesting he was of a younger generation.

John Mark accompanied Paul and Barnabas on their first missionary journey, as written in Acts 13:5. During this journey, John Mark deserted them in Pamphylia, as recorded in Acts 15:38. He likely deserted them because he was discouraged by the hardness of the journey and decided to go back home. As per Acts 15:39-41, after a sharp disagreement between Paul and Barnabas, Barnabas took Mark with him and sailed away to Cyprus. ‘And a sharp disagreement arose, so they separated from each other. Barnabas took Mark with him and sailed away to Cyprus’. In Colossians 4:10, ‘Aristarchus my fellow prisoner greets you, and Mark the cousin of Barnabas (concerning whom you have received instructions—if he comes to you, welcome him)’, Paul commended John Mark to the church at Colossae.

Years later, as Paul approaches his end, he requests Timothy to summon Mark to assist him in his ministry, as indicated in 2 Timothy 4:11, ‘Luke alone is with me. Get Mark and bring him with you, for he is very useful to me for ministry.’ Between AD 55 and 59, John Mark wrote the Gospel that bears his name. Some Biblical scholars believe that in Mark 14:51-52, John Mark’s reference is veiled when he states, ‘ And a young man followed him, with nothing but a linen cloth about his body. And they seized him, but he left the linen cloth and ran away naked.’ They believe that the fleeing man happens to be John Mark since the incident is only recorded in Mark’s Gospel.

How does the Bible identify John Mark?

More than one Johns is mentioned in the New Testament, and this makes it challenging to tell them apart. However, some clues make it easy to point him out as John Mark. As mentioned in Acts 13:5, John Mark is identified as an assistant that accompanies Barnabas and Paul on their missionary journeys. In the Bible, there is no actual name such as John Mark. However, a couple of passages refer to a man named John, also called Mark. This is the person we refer to as John Mark.

It is not stated that John Mark plays any prominent role in events on the missionary journey. Still, he is termed as their ‘helper’ by Luke in Acts 13:5, ‘When they reached Salamis, they began to proclaim the word of God in the synagogues of the Jews; and they also had John as their helper.’ According to 2 Timothy 4:11, Paul mentions a man named Mark in his letters. This is undoubtedly John Mark since he was his companion at some point in his life.

Is John Mark the author of the Gospel according to Mark in the New Testament?

All four gospels, Matthew, Mark, Luke, and John, were anonymously written. None of these gospels name the author. These four gospels are named after men who lived shortly after or before Jesus Christ’s new ministry. Biblical specialists speculate that maybe the reason behind it is that these works are not the possession of any individual, but the familiar Gospel proclaimed in the church.

However, it is still believed that John Mark, a companion of both Peter and Paul, is the author of the Gospel since it is mentioned in the book of Acts. According to Eusebius, Papias also claims that John, the elder and believed to be apostle John, told him that John Mark had written it. Papias also claims that John Mark became Peter’s interpreter. This is unclear whether he meant that Mark put the oral teachings of Peter into a written form or he interpreted Greek for Peter since he preached in Aramaic. He was neither an apostle nor an eyewitness in the ministry of Jesus, but there is good reason to believe that he was the author of the Gospel that bears his name.

Why did John Mark have two names?

In the first century, having a Hebrew Name and a Latin or Greek name was common for Jews. This is also brought out in Acts 1:23, ‘And they put forward two, Joseph called Barsabbas, who was also called Justus, and Matthias.’ In this Bible verse, we see Joseph, a Jew, having two names.

This concludes that since John Mark had two of the most common names during his time, assuming every reference to a person known as Mark in the Bible is referring to John Mark would be a mistake. However, since the Bible does not directly refer to him as John Mark, biblical scholars believe that we should assume that if the Bible speaks of ‘Mark’, we should assume it is John Mark.