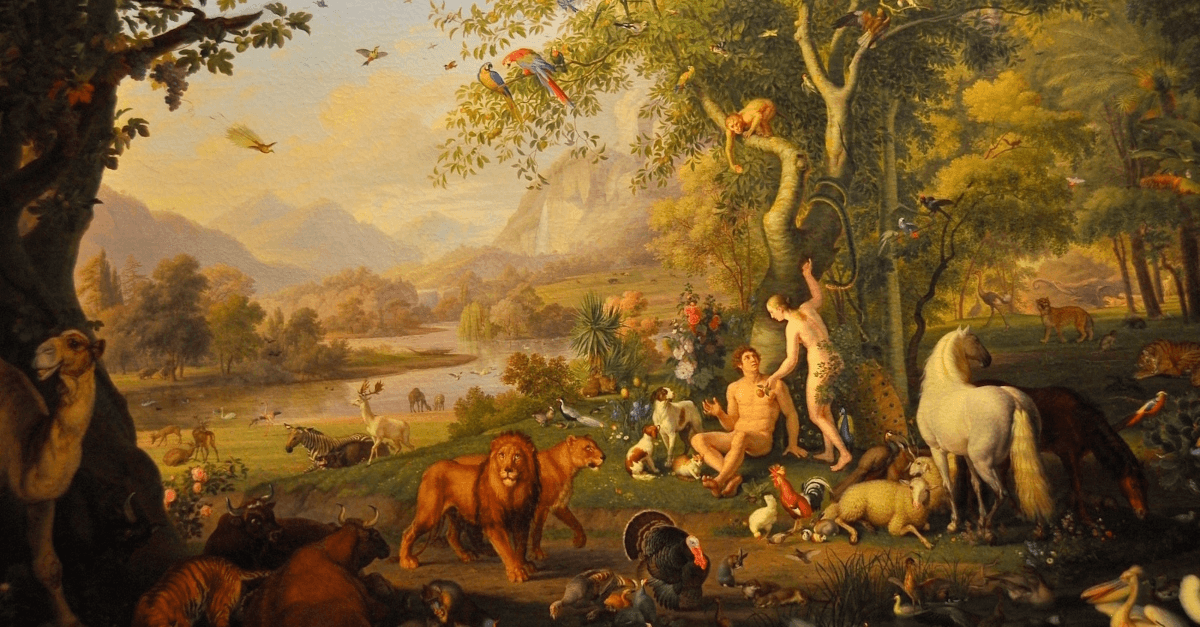 There have been a lot of assumptions regarding the fate of the Garden of Eden after Adam and Eve were exiled. Some people have concluded that it was deluged by exposure to floods and other elements, while others believe it still exists in an unreachable mystical realm. But all these theories aside, what happened to the Garden of Eden?

Genesis 2:10-14 implies that the Garden of Eden was located in Mesopotamia, which is present-day Iraq. While the possibility that the Garden still exists in an outer celestial realm isn’t arguable, we can see today that nothing in its location hints at a lush paradise. It is highly likely that floods and the effect of time reduced it to the arid area we see today.

Why did God remove Adam and Eve from the Garden of Eden?

Most Christians believe that God removed Adam and Eve from the Garden of Eden because they had eaten from the tree of knowledge; the Bible, however, suggests otherwise. Genesis 3:22-24, “Then the Lord God said, ‘Behold, the man has become like one of us in knowing good and evil. Now, lest he reach out his and also take of the tree of life and eat, and live forever-‘therefore the Lord God sent him out of the Garden of Eden to work the ground from which he was taken”

The punishment for eating the forbidden, as implied in Genesis 3:14-17 went to the snake, Adam and Eve, and it constituted the enmity with man, toil, and pain in childbearing, respectively. Exiled from the Garden was not a punishment for going against God’s orders. Instead, God saw that since man had already gained knowledge of good and evil, he would go ahead and eat from the tree of life and become immortal.

What happened to the Garden after Adam and Eve were exiled?

Genesis 3:24, “He drove out the man, and at the east of the Garden of Eden he placed the cherubim and a flaming sword that turned every way to guard the tree of life.” This last mention of the Garden of Eden hints at what became of it after Adam and Eve left. The most common assumption is that the Garden of Eden was located in Mesopotamia, where the modern Tigris and Euphrates rivers are. However, the place is very arid and infertile, which resembles nothing of the beautiful paradise suggested in the Bible. These theories go further to credit the state of today’s Mesopotamian region to floods and the consequences of nature over time.

Many theologians have embraced this theory with the defense that God left it to nature to take its cause. However, if it were so, then there, what was the need to have the cherubim and a flaming sword protect the tree of life in the Garden? This question makes the argument that the Garden of Eden exists in an unreachable outer celestial realm more realistic. It only makes sense that God would hide from man a garden guarded by a flaming sword just as he hides His proper form from him.

Other biblical scholars also back up the argument that natural causes destroyed the Garden of Eden. They, however, say that the Garden was not located where the present-day Tigris and Euphrates rivers are because geological occurrences changed the flow of the rivers.

What does the Bible say about the Garden of Eden after the fall of man?

Since Adam and Eve had already gained knowledge of good and evil, chances were that they would want to eat from the tree of life and gain immortality. However, this was not in their best interest since they had already been cursed with a life of pain and toil. God knew that immortality would only prolong their suffering. Now, outside of Adam and Eve’s story, the Bible does not mention the Garden of Eden, and as far as the scripture goes, the Garden remains guarded.

Why do some people believe that God removed the Garden from the earth?

There are many assumptions about the Garden of Eden; some believe it was symbolic and that Adam and Eve did not exist. While such beliefs are arguable regarding the Bible, one that even theologians and historical scholars haven’t been able to validate is the belief that God removed the Garden from the earth. However, much of this argument lacks evidence to back it up, and it is the most understandable.

Those who believe in this also argue that there is no way the tree of life would have been destroyed or left in the sight of humans. If the cherubim and a flaming sword protected it, it is highly likely that it is kept out of sight for humans and exists in an outer celestial realm that is not reachable to humans.

Why do some scholars argue that Noah’s flood displaced the Garden of Eden?

According to some scholars, there is no evidence of the Garden of Eden today because of a catastrophic incident that took place and wiped it away. The incident, in this case, is the floods that took place during Noah’s time. Noah’s floods were the first significant incident that took place that could have been able to wipe out the entire Garden of Eden. These scholars argue that since Adam died at 930 years if you do a follow-up of his generation, you will determine that Noah was born 126 years after Adam died. Therefore his birth was 1056 years after creation.

The floods happened when Noah was 600 years old, meaning they happened 1656 years after creation and 756 years after the death of Adam. Throughout that time, no event was catastrophic enough to destroy the world until the floods. Therefore, these scholars believe that the Garden of Eden was the first destructive force that changed the earth’s landscape and displaced the Garden of Eden.

What happened to the Garden of Eden? Where is it located?

Why were Adam and Eve banished from the Garden of Eden in the Bible?

Has the Garden of Eden ever been found?

Is the Garden of Eden still there?

For how long was the Garden of Eden around?