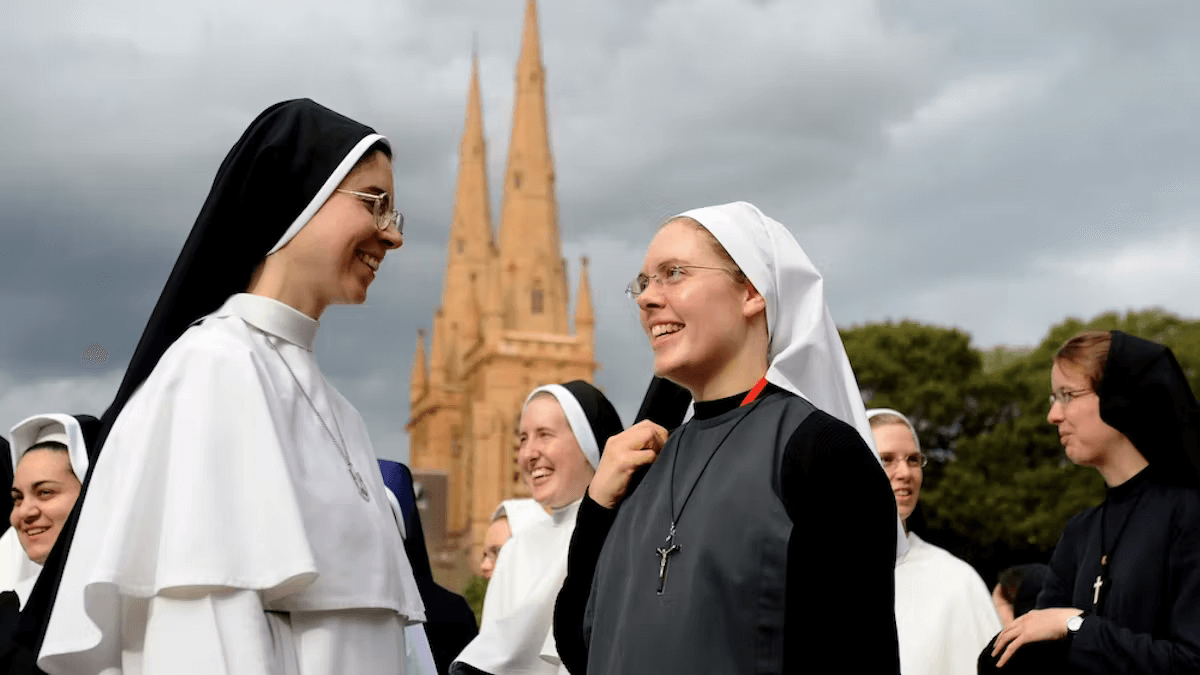 Nuns devote themselves to a life of service and live differently from the rest of the world.

This topic is worth discussing since many people associate nuns with the Roman Catholic Church. But do protestant churches have nuns?

Several protestant denominations have nuns, including Anglicans and Methodists. Anglicans have the most developed system of religious orders. To become a nun, one must go through a testing period, the novitiate period, and then take her temporary vows before finally taking permanent vows. Though the Bible does not mention the practice of nuns, those who become nuns believe that they are genuinely serving God.

How do protestant nuns differ from catholic nuns? Why do Anglicans have a stronger relationship with nuns than other Protestant denominations? How can one become a nun? These are the questions that this article covers. Read on to find out more!

How do protestant nuns differ from catholic nuns?

The Catholic Church believes that an unmarried woman is better positioned to pursue holiness in spirit and body than a married woman. It also urges women who want to become nuns not to get married so that they can serve God better without any distractions. On the other hand, one can become a protestant nun if married.

Catholic nuns have to take a vow of chastity, while some protestant nuns do not.

The Catholic Church is stricter on nuns compared to protestant denominations. For instance, protestant nuns do not have to dress in a certain way like in the case of catholic nuns.

Catholic nuns also have to say specific prayers throughout the day. Catholic nuns living within an enclosure to recite the Liturgy of the Hours in the church in a solemn manner. This does not always apply to protestant nuns in all denominations.

Though some protestant nuns also live in an enclosure, they can meet in assemblies. On the other hand, some catholic nuns have walls that separate them from the rest of the world. They rarely leave except for medical necessities. However, they are allowed to receive guests in certain parlors. The Catholic Church believes that nuns can live a contemplative life free from the concerns of this world when they live in isolation.

Additionally, catholic nuns follow the call of God and believe that they are the hands and feet of Jesus Christ. They are taught to deny themselves earthly pleasures and offer themselves to those around them. They live according to words written in Matthew 16:24, which says, Then Jesus said to His disciples, If anyone desires to come after me, let him deny himself and take up his cross and follow me. On the other hand, protestant nuns are not that strict.

Why do Anglicans have stronger relations with nuns than other Protestant denominations?

Though most nuns are Catholic, there are certain protestant denominations that have nuns. The Anglicans seem to have stronger relations with nuns than any other Protestant denominations. This is because the church had a catholic wing since it was formed in the 16th century. This means that Anglicanism includes features of both Roman Catholicism and Protestantism.

In the 16th century, during the English Reformation, King Henry VII separated the Church of England from the authority of the Pope. During the separation, all the religious communities were abolished. Most Catholic nuns during this period went to France. Nuns did not exist within the Anglican Church for the next three centuries since this role was associated with Catholicism. However, the rise of the Oxford movement in Anglicanism led to the interest in the revival of religious life in England.

How can one become a nun?

Becoming a nun takes a lot of commitment and involves a lengthy process. One must dedicate themselves fully to religious service and live under certain vows. To become a nun in the Catholic Church, one must undergo a testing period called a postulancy. This period prepares them for their obligations and duties in the future.

The testing period is between 6 months and 2 years. If she goes through this period and is determined to have a vocation, she receives the religious habit of order. This is religious clothing that comprises a white veil. This veil is different from the black veil worn by professed members.

She then has to undertake the novitiate period that can last for another two years. During this period, one can engage in all the duties of being a nun. Once they complete this period and meet the set requirements, they can take temporary vows. These last one to three years. After this, she can now take permanent solemn vows.

Some of the vows a nun takes include the vow of stability, obedience, and conversion of life. The vow of stability means that the person who wants to become a nun must promise to remain a member of the single monastic community. Catholic nuns also have to promise to be obedient to an abbess, the female superior of the community of nuns in an abbey.

On the other hand, the vow of conversion of life involves promising to give up all her possessions and live a communal life. They live according to Jesus’ words recorded in Matthew 19:21, which say, Jesus said to him, if you wish to be complete, go and sell your possessions and give to the poor and you shall have treasure in heaven; and come and follow me.

Nuns in the Catholic Church also take a vow of celibacy. They closely follow the words of God recorded in 1st Corinthians 6: 19-20, which says, Or do you not know that your body is a temple of the holy spirit within you whom you have from God? You are not your own. For you were bought with a price, so glorify God in your body.

When a person becomes a nun, they are expected to undertake contemplative ministries like supporting the missions of another order through prayer or praying for some particular good. Other nuns also get involved in foreign missions or works of charity. One may also dedicate the rest of her life to caring for the poor, sick, elderly, or disabled.

Though nuns believe that they are serving God, it would be wrong to assume that this is the key to salvation. The Bible tells us that we are saved not by acts of obedience or charity but by receiving Christ as our personal savior. This is emphasized in Romans 9:10, which says Because if you confess with your mouth that Jesus is Lord and believe in your heart that God raised him from the dead, you will be saved.