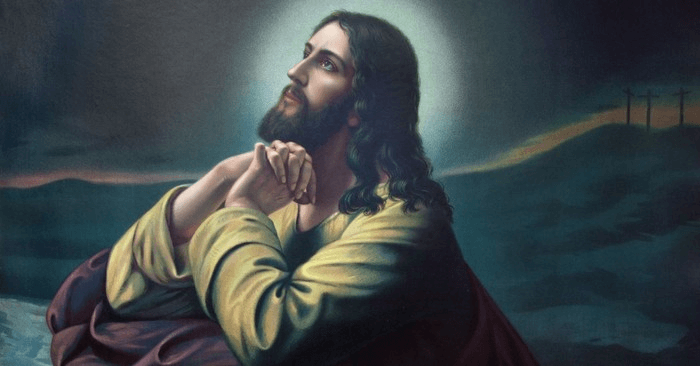 In the Bible, Jesus Christ is the one character that went through a lot when God sent him on earth to die for the sins of humankind. Since he was in the human flesh, Jesus needed enough spiritual strength to overcome everything ahead of him, which saw him pray most of the time. For this reason, many bible readers are always curious to know, “how often did Jesus pray?”

While the Bible does not mention how often Jesus prayed, it is evident that he spent most of his time praying when he was not ministering. There is an incident where we even see him praying all night in Luke 6:12 before he chose his twelve disciples. This shows us how important prayers were to him.

So, how many times a day did Jesus pray?

It is impossible to surely know how many times Jesus did spend praying, as the Bible is not clear about it. However, several scriptures in the Bible directly reveal moments when Jesus prayed in the morning, at night, and during the day, when he would withdraw to lonely places after his teachings to pray. Mark 1:35 records that one morning when it was still dark, Jesus went out to pray, a sign that he usually spends some days praying in the morning. We also see in Luke 6:12 when Jesus spends the entire night praying, as he was to choose his disciples the following morning. Lastly, Luke 5:16 states that Jesus often withdraws to lonely places to pray.

Where did Jesus often pray?

It is hard to name one place where Jesus often prayed, as the Bible reveals different instances in which Jesus prayed. According to various scriptures in the Bible, Jesus is seen praying in different settings, depending on what he required from God or if the situation he was in required prayers. However, Luke 5:16 clearly states that he would often withdraw from the crowd and his disciples to make his prayers. During the times that Jesus isolated himself to pray, he likely went somewhere close to hiding to avoid any distractions from his disciples, who always looked out for him. The hideous place Jesus could have spent praying often could be on the mountains, as they provided the privacy he needed.

Did Jesus pray all night, every night?

It is unlikely that Jesus prayed all night and every night because he needed much rest and sleep, just like any other human being. However, there was one time that the Bible recorded Jesus praying all night, as he had an important decision concerning his ministry and needed all the guidance and revelation. Luke 6:12 describes how Jesus went to the mountainside and spent the entire night praying. The following night, he called his disciples and chose the 12 among them, whom he designated apostles. This can be described as among the most crucial decisions Jesus had to make, which made him take that long in prayers. His disciples would later spread the gospel around cities, as others even faced trials and tribulations because of being his follower.

What time of the day did Jesus often pray?

The Bible does not reveal to us the time when Jesus often prayed, but we can conclude that he often prayed during the day. This is because the Bible records him praying after healing or during his teachings more than he prayed at night or in the morning. We first see Jesus praying during his baptism during the day. He also prays in Luke 9:16 before feeding the 5,000 people, in Mathew 15:36 when he fed the 4,000 people, in Luke 10:21 after appointing the 72 disciples, John 11:41-42 when he was about to raise Lazarus, among more.

How many moments did Jesus pray in the Bible?

The book of Luke 3:21 states that Jesus prayed during his baptism. “When all the people were being baptized, Jesus was baptized too. And as he was praying, heaven was opened. This was a special occasion for Jesus, giving him the go-ahead to start his earthly ministry.

Moments when he was in pain

Another moment that Jesus prayed was when he was on the cross and in pain, questioning God on why he had forsaken him, according to Mathew 27:46.

Jesus prayed during his transfiguration, as stated in Mathew 17:2. This was before Elijah and Moses appeared and took care of him.

Before making a significant decision

The Bible recorded one moment when Jesus spent his entire night praying. While many might argue that Jesus could pray the whole night because it was ‘Jesus,’ we should note that he was already in his human flesh but managed to go through the whole night praying in Luke 6:12. This was just before he chose his 12 main disciples.

During his toughest moments

This is another key moment in which Jesus is seen praying. First, Jesus went into the wilderness for 40 days to fast and pray before officially starting his ministry, as seen in Luke 4:1-12. Additionally, he is seen praying moments before his arrest in the garden of Gethsemane, as he knew what was ahead of him, as recorded in Mathew 26:36-46.

How many times does the bible record Jesus prayed?

Some scholars suggest that Jesus prayed 25 times in the Bible, while others imply that he prayed a least 38 times. All bible scholars are yet to conclude on the exact number of times Jesus prayed in the Bible. They, however, urge Christians to focus on the importance of prayer in their lives and imitate Jesus because he prayed to God most of the time.

How many times did Jesus pray in the Bible?

How many times did Jesus pray in the garden?

What can we learn from the prayers that Jesus prayed?

praying three times a day (what the Bible says)

Moments when Jesus turned to prayer