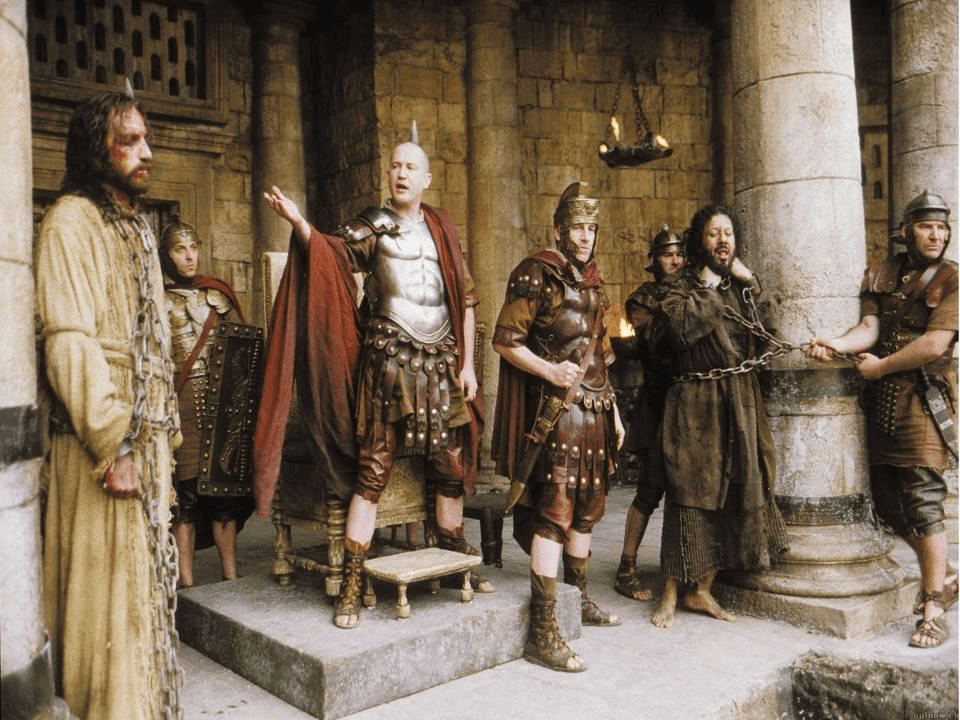 The gospel books give more details on the last days of Jesus’ life. But one of the most intriguing parts is the one that features Barabbas. Many Bible readers want to understand more about the option the people were given that could determine the fate of Jesus. When Pilate saw that Jesus was innocent, he asked the people, “Which one do you want me to set free for you?” From these words, did the crowd release Jesus or Barabbas?

Matthew 27:17 suggests that Pilate left the choice in the hands of the people when he had to decide whom to release between Jesus and Barabbas. Barabbas is defined in the Bible as a notorious prisoner, and the people chose him over Jesus, and they went on to ask that Jesus be crucified.

Who was Barabbas in the Bible?

Barabbas was a prisoner around the time when Jesus was presented in front of Pilate. The feast of Passover was near, and according to the customs, Pilate was supposed to release one prisoner as a show of goodwill. Luke 23:14, “And said to them, ‘You brought me this man as one who was misleading the people. And after examining him before you, I did not find this man guilty of any of your charges against him.” The Bible suggests Pilate had decided not to punish Jesus until the crowd cried out that Jesus be taken in, and Barabbas was released (Luke 23:18).

Though Pilate tried to insist, he had no choice but to do as the mob wished, and so Barabbas was released, and Jesus was left in the hands of the people for crucifixion. Matthew 27:16-17 refers to Barabbas as Jesus Barabbas, which means Jesus, son father. The Bible does not tell his story after he was set free. Theologians frequently use Barabbas figuratively to refer to human beings who, despite their sins, were set free, and Jesus, who was innocent, was crucified.

What happened to Barabbas in the Bible?

Not much is mentioned about Barabbas in the Bible except that he was a robber and a notorious prisoner. Mark 15:6–15 implies that he was a rebel who had committed murder in the insurrection. These traits are repeated throughout the gospel books, giving a general idea of the type of person Barabbas was. The Bible further speculates that people were given a choice to pick one to be released between Barabbas and Jesus, and they chose Barabbas.

Matthew 27:21, “The governor again said to them, “Which of the two do you want me to release for you?” And they said, “Barabbas.”

After that, Barabbas was released, and Jesus was crucified. The Bible does not detail how Barabbas felt when he was set free. He had perhaps prepped himself for the worst; then, suddenly, he was free to go. Historical scholars argue that he might have felt relief and changed his behavior, but the Bible does not dwell on that.

Are Jesus Christ and Barabbas the same person?

Matthew 27:16–17 says, ‘At that time there was a well-known prisoner named Jesus Barabbas. So when the crowd gathered, Pilate asked them, “Which one do you want me to set free for you? Jesus Barabbas or Jesus the Messiah?”‘

This contemporary translation is not commonly known to many, and those who know about it tend to assume that Jesus Christ and Barabbas are the same people. This is, however, not true. Jesus Christ is different from Barabbas. As the Bible implies, Barabbas was a prisoner when Jesus was presented to Pilate. His name, Jesus Barabbas, means Jesus, son of the father. He is the one the people chose over Jesus.

There have been debates about whether Barabbas’ name was Jesus, but that isn’t exactly arguable since other translations denote a comparison between Jesus Christ and another.

Matthew 27:17 (ESV): “So when they had gathered, Pilate said to them, “Whom do you want me to release for you: Barabbas or Jesus, who is called Christ?’”

The Bible implies that Pilate was distinguishing Jesus Christ from another Jesus, who is presumably Barabbas. Though it is impossible to fully determine if Barabbas was called Jesus, it is evident that Jesus Christ and Barabbas were two different people.

What did Jesus say about Barabbas?

Jesus did not say anything about Barabbas, and if he did, then it is not recorded in the Bible. The account of the story of Jesus and Barabbas is very short, and most gospel books record it in only a few verses. It is hard to say if Jesus was even in a position to speak to Barabbas. Picture this: Barabbas was in prison, and as Mark 15 speculates, he had committed murder. The Romans were probably delighted to finally have him under arrest because of his notoriety. On the day that Jesus was brought before Pilate, Barabbas was supposed to be crucified, or if he was lucky, he was to be released as a sign of goodwill, which was very unlikely.

On the other hand, Jesus’ fate was to be decided by an angry mob that overlooked his innocence. Jesus already knew what would become of him. The ambiance of the scene doesn’t suggest that Jesus said anything about Barabbas Luke 22:42 speculates that Jesus knew what was to come, which is why he asked God to take the cup from him. At the time when the mob picked Barabbas over Jesus, he willingly accepted God’s will. If Jesus had said something about Barabbas, then it would have been covered in the four gospel books.

What did Barabbas say about Jesus?

The Bible does not imply that Barabbas said anything about Jesus. There is not even mention of Barabbas knowing who Jesus was. What the Bible speculates in Matthew 27:16 is that Barabbas was well-known. So perhaps he had gotten wind of Jesus and knew who he was. Theologians say that Barabbas might have been in shock or excited after he was set free, so he did not care what became of Jesus. The protocol of crucifixion at that time required the person who was to be nailed down to make their cross. This was a way to torture them mentally, and if Barabbas had gone through this process, he was perhaps too relieved even to have an opinion about Jesus.

Why did the crowd choose Barabbas over Jesus?

Though the Bible doesn’t say much about Barabbas, biblical and historical scholars have tried to paint a picture of who he might have been. Mark 15:7, “And among the rebels in prison, who had murdered in the insurrection, there was a man called Barabbas.” The Bible speculates that Barabbas had risen against the authorities. He was a doer who saw that whatever he desired would become a reality, no matter what the cost. This must have surely made him beloved by the people. His notoriety is stressed in the first books of the New Testament. John 18:40 implies that Barabbas was also a robber.

So the people were given a choice: pick either this man or Jesus. The perception of the mob about Jesus was that he was blasphemous, and they didn’t want to hear otherwise. They went for the man of action, the one they were fond of, completely ignoring his reputation. The crowd chose Barabbas because they’d rather relapse into the bad choices they are comfortable with than choose Jesus Christ.

Who was Barabbas in the Bible?

The story of Barabbas

Barabbas and the crowd