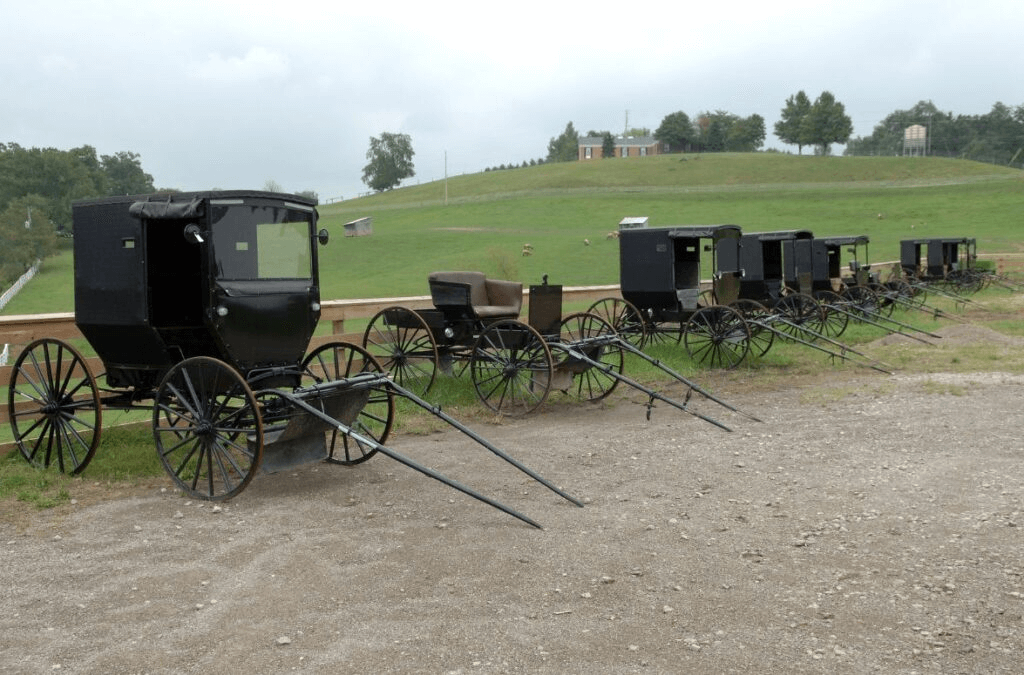 The Amish lead their lives quite differently from most people, which makes anything about them interesting. Even more interesting are their differences and the loopholes in some of the rules. For example, most of us have always thought we understood the rule about car usage—we assume that because we see them in buggies, car use is banned. However, it seems this is not quite the case. On the contrary, some have been said to use and own cars in black. So, why do Amish people drive black cars?

Amish vehicles are black because they are considered the most subdued and humble color that does not stand out. Although it is not easy to find an Amish person driving a car, as cars are considered undesirable, those who own them prefer to be as inconspicuous as possible.

Do all Amish people drive cars?

No, not all Amish people drive cars. Traditional practicing Amish people are not permitted to drive automobiles. To them, a car is a contemporary convenience that can lead the faithful down the path of sin on several fronts. For one, owning a car would endanger the family and community. By transporting members away from their homes, the Amish believe can destroy their society’s bonds. Cars are also considered to promote individualism, an unfavorable trait. Besides this, to drive a car, one will need a driver’s license, which involves having the forbidden photo taken. For these reasons and more, the Amish tend to keep automobiles at arm’s length.

As a result, traditional Amish groups are more likely to be seen driving down the highway in horse-drawn buggies. It has been noted that these are the same people who prohibit the use of electricity and cameras. However, there are exceptions to how different groups apply the rules: a small percentage permit electricity and internet access for business purposes only in business premises, not in homes. Similarly, being practical people, some traditional groups have devised ways to get around using cars that do not technically violate the rule.

Amish do accept rides and frequently recruit non-Amish to drive them around. Some groups are said to even allow their people to own cars for business purposes; however, the driving is done by a non-Amish person. A business owner may drive to and from job sites with the assistance of an English employee. A homemaker may join other Amish women in a van for a shopping trip. Families may travel in a similar van to visit relatives out of state. The Amish are said to use “Amish taxis,” which are non-Amish cabbies who earn a living driving the Amish. They also consider hiring former Amish to drive them around. Such acts like Sabbath goys, people used by Orthodox Jews to assist with Sabbath work. Similarly, a “moving Amish” is a person who seeks belief in a different system to enable them to do the things that practicing Amish is forbidden from doing.

These are some examples of instances of Amish people riding in cars but not driving them.

However, there are car-driving, English-speaking Amish-Mennonites also referred to as Beachy Amish (after leader Moses Beach) or Midwest Beachy Amish-Mennonites. This group is a plain-dressing, car-driving Amish group that maintains the old ways. They primarily reside in Kentucky and Illinois. The point of departure between the traditional/Old Order Amish and the Beachy Amish was said to be about the latter’s desire to embrace technological conveniences like cars and electricity.

Why are Amish cars only black?

Old-order Amish do not drive cars. Most people own horse-drawn buggies, primarily in dark colors or other colors that do not stand out, such as black or grey. It turns out that these are the same colors as the car. The Beachy Amish seem to prefer their cars. This is not surprising given that the two types of Amish share many characteristics, such as similar religious beliefs, congregational organization, plain dress, and, to a lesser extent, education.

Although Beachy Amish congregations’ members are allowed to own cars, the leadership dictates that your car must be black and can only be driven under certain conditions. They are, for example, allowed to have cars that can be used to move several people simultaneously, such as vans, or pick up tracks that are useful for work.

The reason for their preferred color choice is said to be guided by their belief system, which forbids them from displaying ostentation. Being too flashy is taken to be a sign of pride, which goes contrary to their pursuit of modesty and humility. So, they black out any chrome on their cars, including grilles, bumpers, and hubcaps, to prevent them from seeming showy. This makes the vehicles look similar, especially when several are parked in a lot.

The similarity in the cars is said to serve another purpose that speaks to their cultural values. Because one’s car is supposed to be a possession that doesn’t represent financial or social status, by having the same color, everyone in the group is perceived as the same.

Although black seems to be the preferred color, the Amish are known to have cars in other colors. It is reported that the colors chosen always do not draw too much attention. So you are likely to see an occasional grey van or dark blue car that belongs to an Amish person.

Yes, the Amish can and do drive modern cars under certain circumstances. Because the Amish are not allowed to have or drive cars that are too flashy or that draw too much attention, it is quite unlikely that you will see a proper Amish person owning, much less driving, a red Porsche 911 or an orange Viper. In short, no loud, showy, social status-displaying modern supercars.

However, the attitude towards car ownership is changing in some congregations. With cars becoming an essential part of life, relying on paid drivers every time people need to move has proven to be expensive. Some communities are said to be turning to modern trucks that haul bigger weights and modern vans that can carry more people. Some believe that Amish communities may even allow the usage of electric cars because of their efficiency, while others may forbid it. Ultimately, it is up to the Amish community to decide whether or not modern and electric cars are permissible.