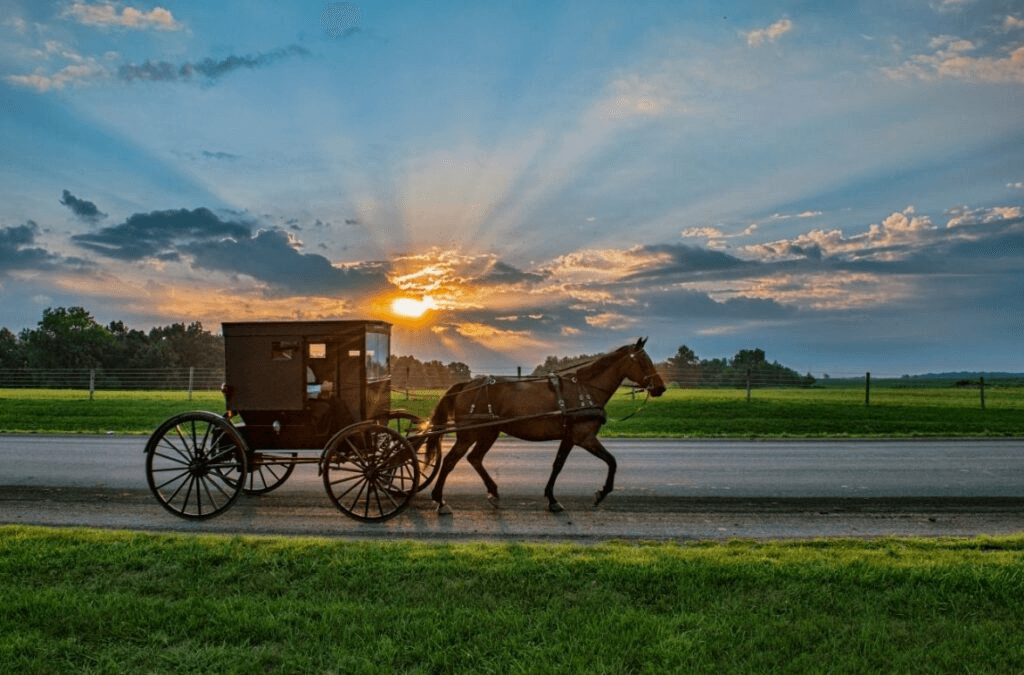 The Amish people live separated in their communities, but, as they say, not isolated. They are renowned craftsmen, and if you have not heard of barn raising, you need to get out of the city more and perhaps tour Amish country in Ohio or Pennsylvania. If you have ever encountered the Amish, you may have wondered, “What language do the Amish people speak?”

It has been reported that Amish people in the United States and Canada speak three languages: Pennsylvania Dutch, English, and High German, which is their language for worship. However, a small community in Indiana known as the Swiss Amish speak Bernese Swiss German and Alsatian German.

Read on to find out some exciting things about the Pennsylvania Dutch, including its origin, why the Amish use it, what other languages they speak, and if you can learn it as an outsider.

Where are the origins of the Pennsylvania Dutch?

Pennsylvania Dutch is a language used by German-speaking inhabitants of Pennsylvania, who are said to have arrived in the 17th and 18th centuries, and their descendants. It is reported that most of these people emigrated from southern Germany—the Palatinate, Bavaria, Saxony, and so on—and Switzerland and settled mainly in the southeastern area of Pennsylvania. In terms of religion, they are said to have practiced any of the slightly varying forms of Anabaptist faith, with many being Amish and Mennonite. Their descendants currently live primarily in Pennsylvania. Other communities can be found in Indiana, Ohio, Iowa, Virginia, Kansas, Oklahoma, West Virginia, Florida, and Canada.

But how did they end up here, you may ask? It is said that the liberal and tolerant provisions of William Penn’s government are what attracted many Pennsylvania Germans. Most appealing were the possibilities of worshiping freely and owning land. Many had been oppressed and were escaping persecution in their homeland. According to history, between 1717 and 1750, about 500 Amish people relocated to North America, initially mainly to what became Berks County, in Pennsylvania, due to land issues and security concerns related to the war in the area. Many ended up settling in Lancaster County. The second wave of about 1,500 Amish people arrived in the mid-nineteenth century and settled in Illinois, Ohio, Iowa, and southern Ontario in Canada.

Many Amish people still speak a German dialect known as Pennsylvania Dutch and English. The language is a mix of High German (in allusion to their natal region’s altitude), several German dialects, and English. The term “Dutch” here refers to “Deutsch,” which means “German.” It once referred to all non-English speakers of Germanic languages. However, it seems misleading in the twenty-first century, as Dutch is now attributed solely to citizens of the Netherlands.

It has been argued that the survival of Pennsylvania Dutch as an essential language among the Amish seems to be linked to several factors. One is rurality. Pennsylvania Dutch is still the language of individuals residing in rural areas, ethnically homogeneous communities, and outside cities and towns. Here, there is no need to use another language, as English is the common language and everyone with one interacts understands it.

The other related factor that has been highlighted is the low level of education. Active users of Pennsylvania Dutch have customarily pursued relatively low levels of formal schooling, most of them only to the eighth grade. This is because they expected to earn their living primarily through agricultural production, crafts, and other manual labor as rural dwellers, with little use for other languages as one would require with the more mobile careers. Moving off the farm, literally and figuratively, typically means abandoning Pennsylvania Dutch in favor of mostly English.

Some have also argued that looking at the current context, Pennsylvania Dutch is now primarily spoken by Amish and Old Order Mennonites, who deliberately maintain a lifestyle rooted in their strong faith that encourages the continued ability to use a distinct language without special effort. To put it another way, to them, being Amish faithful also entails being able to speak the language fluently.

It has been observed that the use of Pennsylvania Dutch has been declining among members of the Amish community for at least the last two generations. It is said that using English is more practical, just like with the less traditional Anabaptists, including the Mennonite communities outside of the Old Order Mennonites.

Yes, it seems as if many do. When the Amish write letters, they mostly use English and, in some instances, German. When conversing with non-Amish people and conducting business with outsiders, the Amish use English. Pennsylvania Dutch is most commonly spoken with other Amish people and with Old Order Mennonites. Out of regard for and to include others, it has been observed that the Amish tend to change to English when a non-Amish enters within earshot.

Most Amish are said to hold Pennsylvania Dutch as their home language. It is the first language that an Amish child learns. It is, therefore, not uncommon to find that most Amish children have had little exposure to English before entering first grade. English is taught in Amish schools, with some classes taught in High German. Some Amish children even become fluent in English at a young age. This trend has become more common with the growth of Amish businesses and increased interaction with the non-Amish world.

Is Pennsylvania Dutch a common dialect in America?

Pennsylvania Dutch is a language that seems prevalent in the Amish and Old Order Mennonite communities but not in the larger American society. It is estimated that there are over 400,000 Pennsylvania Dutch speakers in the United States of America and Canada, which is almost the two communities’ entire population. According to the research by the Kutztown University German Cultural Heritage Center, most of them live in central and southeastern Pennsylvania, Iowa, Ohio, and Indiana. The Centre also states that thousands speak the language of non-Mennonite and non-Amish in Pennsylvania. You can find Pennsylvania Dutch speakers in over 30 states and 3 Canadian provinces.

Can you learn Amish language as an outsider?

Going by what several Amish community tours promote, it is possible to learn Pennsylvania Dutch even as an outsider. Spoken Pennsylvania Dutch is promoted as an easy language to learn, with very few grammar rules. Some even make a list of words that you can learn and use with your Amish friends. On these family-friendly tours, you should expect to learn about the Amish way of life and more about their language.

What other languages do the Amish people speak?

Most Amish people are said to speak three languages: English when speaking with non-Amish (whom they refer to as “English”), High German at worship, and Pennsylvania Dutch with family and other Amish people.