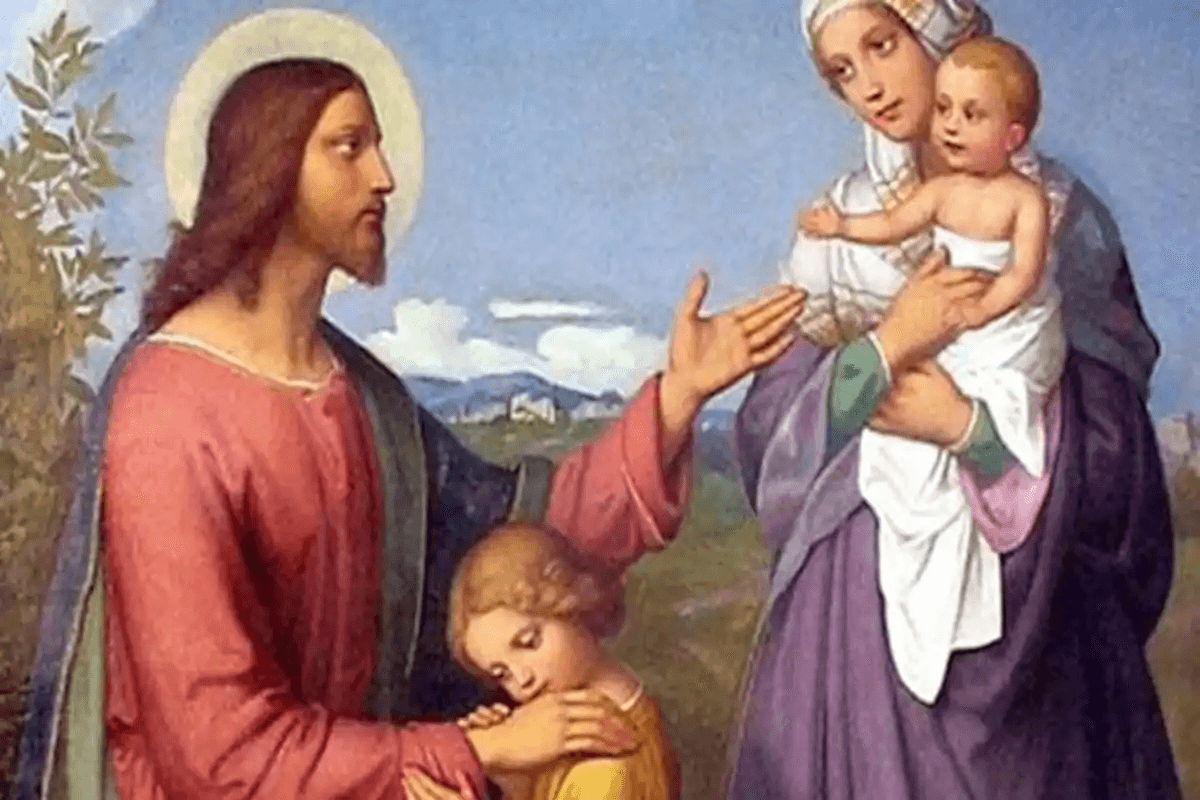 Jesus lived on Earth as a man, and many have speculated that he had a family, including a wife and children. Many people believe that because he lived as a man, he followed all of the life passages that men do on Earth. People want to know if Jesus was a family man or not. Did Jesus have a family? Did Jesus have children?

Nowhere in the Bible is it explicitly stated that Jesus had a family or children. People assume that since the Bible is silent on the subject and this is what earthly society expects, Jesus must have had a family. Jesus’ purpose for coming to Earth was to save people and transform them into spiritual sons and daughters, as is mentioned in Ephesians 1:5, Galatians 4:4–5, and Hebrews 2:10.

Did Jesus get married?

As stated by Got Questions? Jesus’ wife, papyrus from the fourth century, was recently found and translated, reigniting the debate about whether or not Jesus had a wife. According to the wife of Jesus’ papyrus, when Jesus addressed them as “my wife,” he implied that he was married and had a wife. The fact that Jesus has a wife is explicitly stated in this gnostic writing for the first time.

There is no explicit mention of Jesus marrying Mary Magdalene or any other woman. Still, some gnostic gospels describe Jesus as having a close relationship with Mary Magdalene, who is widely believed to be Jesus’ wife. These have been described as fabrications meant to deceive and portray Jesus in a Gnostic manner. The Bible would have mentioned Jesus’ marriage if it had occurred.

According to the Bible, Jesus was born to Mary and Joseph as adoptive parents and had half-siblings. However, his church—we—are his bride (2Co 11:2-4; Rev 21:2-3). However, it is silent on Jesus’ marriage, a crucial topic that could not have been disregarded. Because they reject the idea that Jesus was God, many people try to humanize him by asserting that he had a wife.

Why do some religious scholars believe Jesus was married to Mary Magdalene?

Simcha Jacobovici has claimed that some of the missing gospels indicate that Jesus was married to Mary Magdalene. He claims that in Jewish culture, a man was expected to marry by a certain age and that Jesus not being married would have been extremely unusual.

Again, he cites the fact that rabbis married in Jewish culture, implying that Jesus must have had a wife, although such claims are not recorded in the gospels. However, he claims that nowhere in the Gospels does it say that Jesus was celibate.

Furthermore, he claims that in Jewish times, only people considered family to a deceased person were permitted to clean and treat their bodies after death, and we see Mary Magdalene in the Bible caring for Jesus’ body.

Thus, Jacobovici implies that for Mary Magdalene to be considered a family member, she must have been more than a follower and friend of Jesus, perhaps the wife, but he fails to acknowledge other women who accompanied Mary to the tomb, as stated in (Matt 28:1; Mark 16:1)

The Gnostic gospels have also been quoted as implying that Jesus had a wife and two children, which Jacobovici uses to prove that Jesus was a family man, which cannot be proven using the current gospels found in the Bible.

What happened to Mary Magdalene in the New Testament?

Mary Magdalene is one of the Bible’s most misunderstood characters. However, the Bible states that Jesus delivered her from captivity by many demons and that Mary Magdalene remained in Jesus’ company from that point on, never leaving His side.

She witnessed his crucifixion and was even in charge of caring for Jesus’ body after he died. According to Mark 16:9-10 and John 20:14-17, Jesus appeared to her as the first person after his resurrection at the tomb.

Following Jesus’ death, Mary Magdalene is said to have walked with the Apostle Paul and accompanied him on mission trips to Ephesus, which is now located near modern Selçuk, Turkey, where she died and was laid to rest.

Was it against the law to remain celibate in Jesus’ society?

Men were expected to marry by the age of 18 in Jewish society. Any man who was unmarried or waited too long to marry was considered half a man. Marriage and family were highly valued in Jewish society, so choosing celibacy went against some Jewish customs and laws. The main religion at the time, Judaism, was also opposed to celibacy; they believed that marriage was a divine ordinance and that everyone should be married and have a family.

What texts suggest that Jesus was married with children?

A group of texts known as the “Lost Gospels” claims that Jesus was married and had two children. This set of lost gospels bears witness to the notion that Jesus and Mary Magdalene were co-deities. However, they are unfounded because none of it is found in the New Testament gospels. Many people believe that, if it were true, the Bible would have mentioned that Jesus has children and a wife.

Did Jesus have a son?

The Bible is silent on Jesus being married and having children, let alone having a son. There is no mention of Jesus having any children in the Bible. Jesus’ mission was to save the world, and if he had children, they were spiritual sons and daughters who acknowledged Him as God, their father. Ephesians 1:5, Galatians 4:4-5, and Hebrews 2:10 are all references to Jesus. This implies that it is unrelated to physical children or a physical son.

Did Jesus have a daughter?

There is no mention in the Bible of Jesus having a daughter, or any children, for that matter. The lost gospels that have slowly gained popularity implied that Jesus got married and had two children, but this is not considered true as the gospels do not mention any of these. However, Jesus had spiritual sons as well as daughters who accepted him as their father. as illustrated in Ephesians 1:5, Galatians 4:4–5, and Hebrews 2:10.

Why do Christians believe that Jesus was never married?

Christians believe that Jesus was never married because there is no mention of such an event in the Bible, which Christians use as their primary source of information. Jesus is also thought to be God because he appears in the Godhead as God the Father, God the Son, and the Holy Spirit.

Nowhere does it say that Jesus met and married a woman he liked. Marriage was a minor part of Jesus’ mission on Earth as God in human form. Christians also believe Jesus was not married because marriage unites people. Because Jesus was God, he would not leave his glory or share it with anyone in the name of marriage.

Jesus is not a human being, we must understand that He is God. God exists all by Himself, he is supreme and sovereign, no one can match him, and he, too, could not bring himself to such a low level as to interact sexually with man, it would be an abomination, it would taint the power he held as God of the universe.

If God created marriage, why did Jesus choose celibacy?

Jesus’ superior mission was to deliver the world from the snare of sin and condemnation; his goal was to defeat the kingdom of hell and set every captive free. Even though he was on Earth, Jesus did not come to start a family.

Furthermore, the Bible states that Jesus and God are one entity, forming the trinity. There is no way that Jesus, God in human form, would have left his glory to have relationships with his creation. Jesus’ position and authority could not be tainted in this way.

Marriage is God’s idea, but he intended it for humans to show how much he loved us. Jesus refers to himself as the bridegroom and the church as his bride, and by ordaining marriage, he attempted to demonstrate how our relationship with him would look.

What would it mean for Christianity if Jesus was married?

According to Rev. Bryan Griem of Montrose Community Church of Jesus, if they were to be married, he would have jeopardized the whole Christian religion. It would discredit 2,000 years of Bible knowledge gathered by theologians and believed by many Christians.

It would have meant that Jesus would have prioritized his family over dying on the cross because a normal, loving father would not leave his wife widowed and his children fatherless to die for sinful, corrupt people. In theory, this would render salvation and redemption null and void. Jesus’ mission was clear: to die on the cross and free the world from sin and the shackles of death.

Did Jesus have children?

Was Jesus ever Married with a Wife and Children?