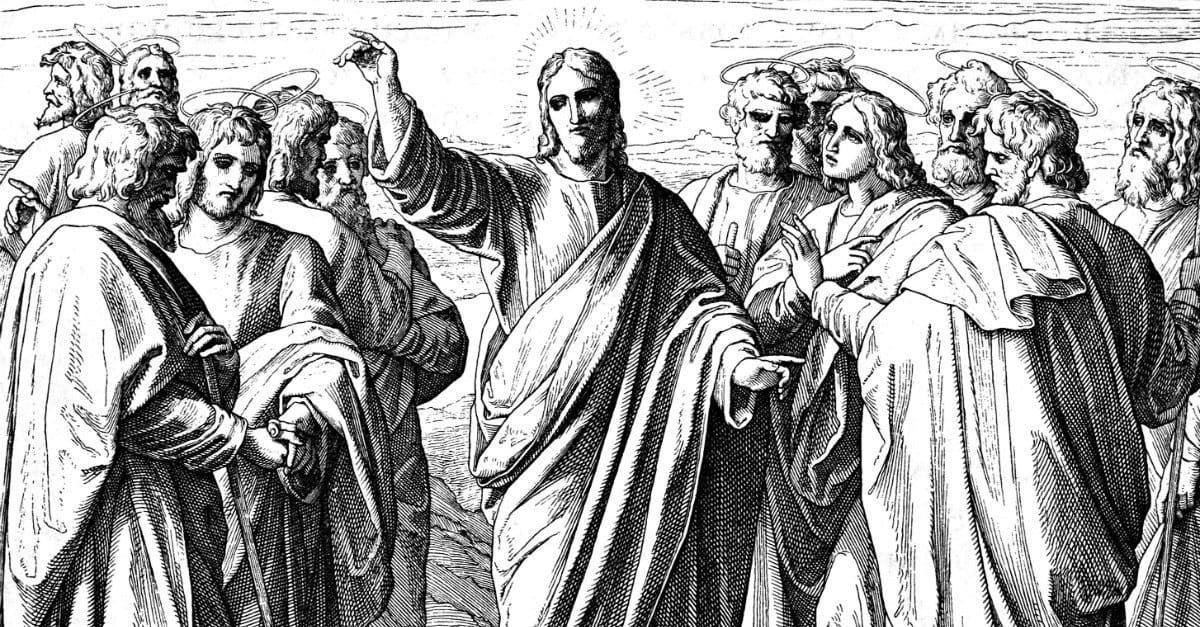 Several Christians are conversant with the biblical account of the ministry of Jesus. A good number will always acknowledge that Jesus had 12 disciples who helped him run his ministry. They also know that Jesus had several followers who moved with him to different places to preach. However, some Christians need an idea about how Jesus chose the 12 apostles for his ministry. They have asked, “How did Jesus make disciples?”

How Jesus got 12 disciples?

Jesus met his disciples at different places. He met some at a specific location while others were introduced to him by their friends who had been called first. Jesus had gathered the twelve disciples within no time, and his ministry was okay to start.

The calling of the 12 disciples is recorded in Mark 1:16-20 and Mark 2:13-17. In Mark 1:16-20, Jesus is recorded meeting his first four disciples. While walking beside the Sea of Galilee, Jesus spotted two fishermen casting their nets. This was Simon and his brother Andrew. He called out to them to follow him, and he would make them fishers of men. They quickly left their nets and followed Jesus Christ.

Further, Jesus spotted two more fishermen, James and John, with their father, Zebedee. There were also some hired men, and they were preparing to cast their nets. He called the two, and they quickly left their father and followed him. Of the four called first, three are regarded as the inner disciples of Jesus; Simon, James, and John.

Jesus spent the first Sabbath with only the four in Capernaum, where he drove out an evil spirit from a possessed man. He also taught and healed many people, including Simon’s mother-in-law. The 2nd part of the calling begins with Jesus going beside the lake. Here he encounters Levi, son of Alpheus, in the tax collectors booth. He immediately called him, and he followed Jesus.

Levi was the most controversial of the disciples Jesus called because he created an uproar in the Jewish populace when Jesus decided to eat at his place. The place was full of tax collectors like Levi and sinners, an act that made the Pharisees and teachers of the law question why Jesus did so. He ended up clarifying that he came for all and especially the sinners. By choosing Levi, the message of redemption to sinners was sent around.

The call of Philip is recorded in John 1:43-51. It happened one day when Jesus decided to tour Galilee. He found there Philip, who came from Bethsaida, and he asked Philip to follow him, to which he obliged. Philip did not follow Jesus alone but went for his friend Nathaniel who muttered the popular phrase, “can anything good come from Nazareth?” However, Nathaniel joined him and was accepted into discipleship by Jesus, who promised him that he would see greater things.

Thomas is only listed as an apostle in the gospels, and his call is not recorded in the Bible. However, Christian traditions have it that Thomas was a fisherman. He was introduced to Jesus by Philip and got into discipleship.

The calling of Judas Iscariot is also not recorded in the Bible. However, some traditions have suggested that he was presented to Jesus Christ by Nathaniel and was welcomed into discipleship by Jesus and the chosen ones.

The calling of James, the son of Alphaeus, is not well documented in the Bible, although he is earliest mentioned in the Book of Mark 3:16-19 as one of the disciples of Jesus Christ. Simon, the Zealot’s call, needs to be better documented, too, but he is thought to have been a member of the Zealots party, a Jewish political movement at the time. When he heard of Jesus Christ, he decided to drop his political ambitions and follow him. This is one account of the Christian traditions that tried to trace his life.

Jude, also called Thaddeus, needs to be better documented on how he met Jesus. Little information is known about him, although he is mentioned as one of the disciples who worked with Jesus. Some of them might have been met by Jesus or nominated by their apostles. Some were previous students of John the Baptist who joined the Messiah after realizing he was the true God.

How did Jesus prepare his disciples for ministry?

Jesus prepared his disciples for ministry by revealing who he truly was. Through his first great deeds, his disciples were able to confirm to the disciples that he was the true son of God. This prepared them for the ministry, which was the promised truth from the prophets.

Jesus also prepared his disciples by teaching them the true word of God. This was important in equipping the disciples with the knowledge necessary to impart to the other potential followers of Jesus Christ. He also trained them on how to handle the ministry, and he did so by leading by example. Sometimes, he would drag his disciples aside and explain to them some parables. He always ensured that they understood him better.

Finally, Jesus promised his disciples that He would send them a helper and be with them every step. This was a way of assuring them that he would always be a part of the ministry.

How long did it take for Jesus to have his 12 disciples?

The calling of some of the disciples is not recorded in the Bible, making it a bit hard to trace the calling from Simon Peter to the last disciple. However, some scholars suggest it might have taken a few weeks to gather all of them before the ministry kicked in well. This is because there are instances where Jesus spent the Sabbath without the full group at the beginning of his calling before all of them got mentioned together later.

Did Jesus invite all his disciples to follow him?

The Bible suggests that Jesus did not invite all the disciples to follow him. Some, like Nathaniel, were introduced to Jesus by other apostles. Christian traditions also link other apostles mentioned a few times to being welcomed to discipleship through others. We can conclude that he called some, while others joined him through those he called.

What did Jesus commission his disciples to do before he left?

Before Jesus ascended to heaven, he left his disciples with instructions regarded as the Great Commission. He asked them to go out and make disciples from all the nations, baptizing them in the name of the father, the son, and the Holy Spirit and teaching them all that Jesus had taught them. This is what Jesus commissioned his disciples to do.

What did Jesus mean when he said to go out and make disciples?

By saying this, Jesus meant they were supposed to go out and convince the non-believers to accept Jesus and follow him. The same way they had decided to follow him and his ministry was the same way he expected them to influence the non-believers into accepting the ministry of Jesus. This was a call to preach the good news to unbelievers while baptizing them as a sign of repentance.

The Twelve Disciples of Jesus

Some facts about the Disciples of Jesus

The Calling of the Twelve