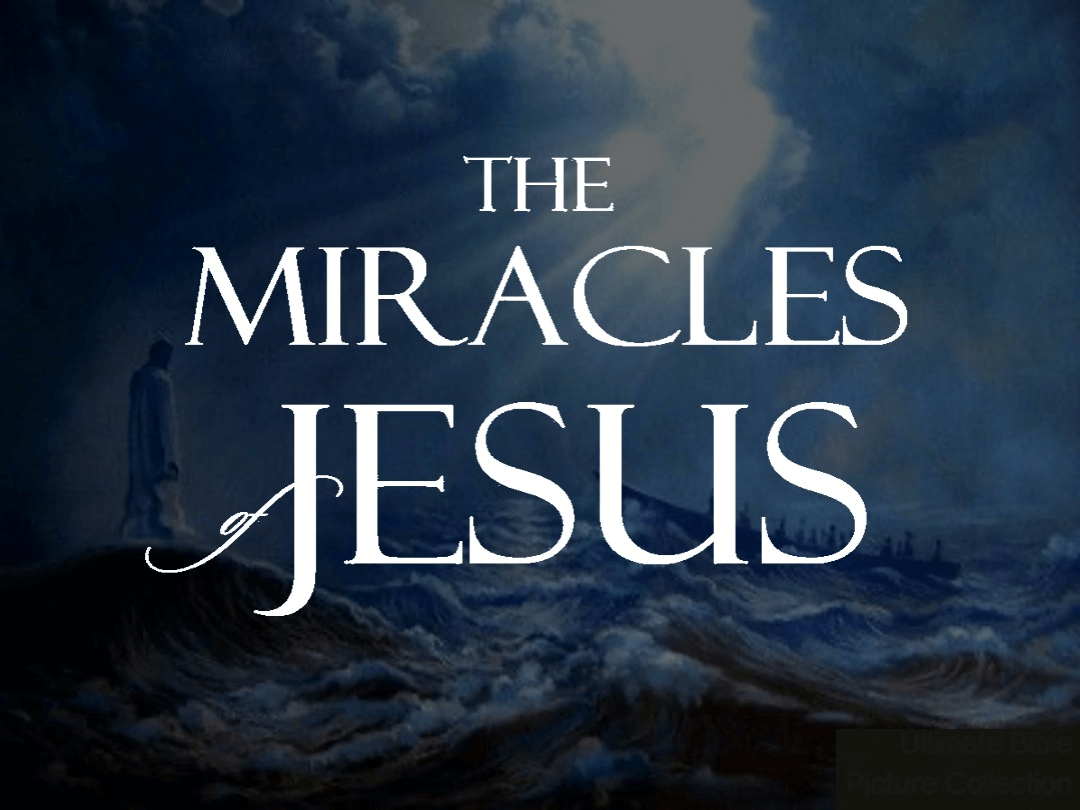 While it is known among many people – both Christians and non-Christians – that Jesus is the central figure of Christianity and the gospels are considered the authoritative source of his life and work, many understandably wonder about the supposed miracles referred to in these books. This leads to the question: what are the miracles of Jesus?

According to the gospel accounts, Jesus performed about 4 types of miracles in his ministry, and most of them center on his control over nature, healings, exorcisms, and resurrections. Others that he performed occasionally are his changing water into wine and feeding the five thousand people.

This article seeks to answer the question of what miracles Jesus did and even look into their classification and order in which he did them. Some accounts relating to these miracles might seem unclear, duplicated from other sources, or only appear in one gospel account. Still, this article aims to summarize all of them cohesively for easier reference.

How many miracles did Jesus perform in his ministry?

Although there have been attempts to know the number of miracles Jesus performed, the truth is that it is difficult to pin down an exact number. All four Gospels mention that he healed many people, and not all accounts are recorded in the Gospels – but the general estimate of these miracles is about 34 to 37.

The incompleteness of the list of Jesus’ miracles is further confirmed in John 21:25, where the writer states:

Now there are also many other things that Jesus did. Were every one of them to be written, I suppose that the world itself could not contain the books that would be written. John 21:25

What types of miracles did Jesus perform?

While Jesus performed dozens of miracles in the course of his three-year ministry, most of them can be classified into these types:

These comprise most of the accounts of Jesus’ miracles, and each Gospel gives them in varying detail – some involving Jesus speaking to people, while others involving complex methods like using mud. Jesus healed various people, with the accounts mentioning:

Begins with the healing of a blind man from Bethsaida in Mark 8:22-26, and the last recorded account was the healing of the man who was blind from birth in John 9:1-12.

These are not as common as his healings involving blindness, but they are also present in several instances. The notable ones are the healing of the ten lepers in Luke 17:11-19 and the leper in Mark 1:40-45.

The first instance of Jesus healing paralyzed people is in Matt. 9:1-8 when he heals a man placed on a mat and lowered through the roof of a house he was teaching in. John 5 also talks of a paralyzed man at the Pool of Bethesda whom Jesus healed.

The first instance of Jesus healing a woman was Peter’s mother-in-law, and later notable accounts include the bleeding woman and Jairus’ daughter.

These include healing the man with a withered hand, healing a deaf and mute man, healing the Centurion’s servant, and healing Malchus’ ear before his death.

Exorcisms are prominently mentioned in the Gospels of Matthew, Mark, and Luke, but they are conspicuously absent from the Gospel of John.

These accounts are present in all four Gospels, the most notable being the resurrection of Jairus’s daughter, Lazarus, and the son of the widow in Nain.

The most notable accounts include changing water into wine, the miraculous catching of fish, walking on water, calming the storm, and feeding thousands of people.

Miracles of Jesus in chronological order

It is worth noting that the accounts of different miracles may be scanty, and the gospel writers were not interested in providing accounts that fit with strict chronological timelines. With this in mind, this is a summary of these miracles.

Jesus first performed the miracle of changing water into wine at the wedding in Cana, as outlined in John 2:1-11. In particular, verse 11 states that this was his first miracle:

This, the first of his signs, Jesus did at Cana in Galilee and manifested his glory. And his disciples believed in him. John 2:11

The healing of a nobleman’s son

This account was followed by his healing of a nobleman’s son in John 4:46-54, which also counted as his first miraculous healing. According to the account, he did this in Capernaum in Galilee, where he went shortly after performing his first miracle in Cana. Interestingly, verse 54 in this account states that this was his second miracle:

This was now the second sign that Jesus did when he came from Judea to Galilee. John 4:54

From this point, it becomes challenging to know which miracles followed in order. Still, the consensus among biblical scholars is that he performed his third miracle in the Sea of Galilee in Luke 5:1-11 by directing Peter to cast his net and getting his first significant catch.

Healing a leper in Capernaum

The fourth account is recorded in Matthew 8:2-4, and this account is also present in Mark 1:40-45 and Luke 5:12-15. It concerns Jesus healing a leper in Capernaum, but Matthew’s account is unique from the other two accounts because it does not explain what happened after the leper talked about Jesus healing him even when Jesus did not want him to do so.

Shortly after this, a Roman centurion in the same area comes to seek healing for his servant, as recorded in Matthew 8:5-13 and Luke 7:1-10. Unlike many people who wanted to receive physical healing from Jesus, this account was unique because the Centurion only wanted Jesus to speak and his servant would be healed. Jesus responded by commending him for his faith.

When Jesus heard these things, he marveled at him and, turning to the crowd that followed him, said, “I tell you, not even in Israel have I found such faith.” Luke 7:9

Resurrecting the son of a widow

Jesus then travels to Nain soon after this, and he performs his first resurrection miracle by raising the son of a widow back to life, as recorded in Luke 7:11-17.

He returns to Capernaum and heals a demon-possessed man in Mark 1:21-28 (also in Luke 4:31-37). In this account, he performed this miracle when he was teaching in the synagogue on the Sabbath – further spreading his fame everywhere in the town.

Healing of the paralyzed man in the temple

Jesus then goes to Jerusalem in John 5:1-16 to celebrate a Jewish festival, then encounters an impotent man at the temple and heals him.

Healing the man with a withered hand

Around the same time, he healed a demon-possessed man and was also mute and blind in Matthew 12:22 and Luke 11:14.

Healing of two demon-possessed men and a paralytic man

When he and his disciples arrived at the other side of the Sea of Galilee in Gadara, they were then met by two men who were demon-possessed and living in tombs. This account is in Mark 5:1-20 and Matthew 8:28-34. Shortly after, he also healed a paralytic man in Matt. 9:1-7.

Resurrecting Jairus’ daughter and healing the woman with bleeding issues

Healing the son of a Phoenician woman, and a dumb and deaf man

Similar to the miracle of feeding five thousand with a few resources, Jesus fed four thousand people using seven loaves of bread and a few fish in Matt. 15:32-39 and Mark 8:1-9.

He later goes to the border of Samaria and heals 10 lepers in Luke 17:11-19. Interestingly, the Bible also records that the only one who came back to thank him was a Samaritan.

He travels to Bethany with his disciples and resurrects Lazarus in John 11:1-46.

The second haul of fish

After his resurrection and appearing to his disciples in John 21:1-14, he directed Peter to cast out his net, and Peter got a significant catch – similar to what happened in his third miracle.

The Miracles of Jesus | Got Questions

Chronological table of the miracles of Christ | Blue Letter Bible