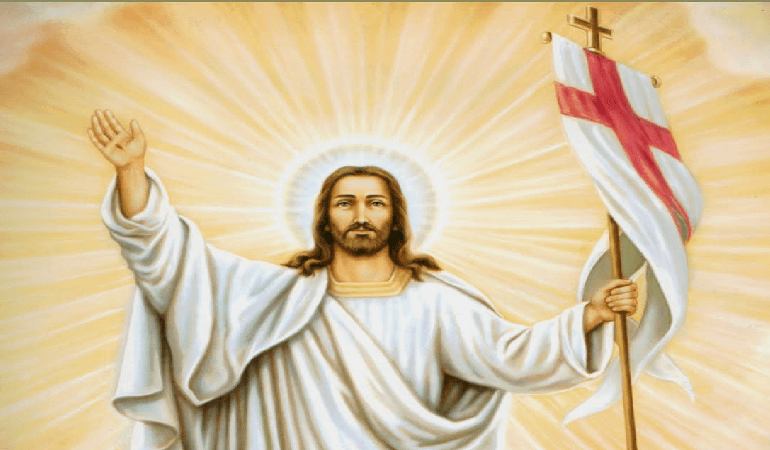 Jesus is Christ. Authors of the Bible use different names to refer to Jesus. Some of the names given to Jesus include; Christ, Jesus Christ, Christ Jesus, the Son of God, the Holy One, the Word, Emmanuel, Shiloh, Savior, Messiah, the Chief Cornerstone, the Judge, King of Kings, and more. Therefore, Jesus and Christ are names used to refer to the same person.

Is Christ a title or another name of Jesus?

The Name Christ is a title. It is not Jesus’ second Name, as most people think. The phrase Christ is derived from the Greek term Christos, the chosen or anointed one. In the Old Testament, kings, priests, and prophets were anointed with Holy Oil as a symbol that their authority is God-given. Jesus is called Christ because He is the Lord of Lords and King of Kings. He is the Chosen One or the Anointed One.

The term Christos has the same meaning as the Hebrew term Mashiach which is translated to Messiah in English. The Name Jesus Christ means Jesus the Messiah or Jesus the anointed one. It is used the same way people with a Ph.D. are referred to as doctors (abbreviated as Dr.). Therefore, Christ is a title, not another name of Jesus.

What does the title Christ mean?

The title Christ is the same as the Greek term Christos which means anointed one. As earlier mentioned, in the Old Testament, priests, kings, and prophets, and other leaders were anointed with the Holy Oil to symbolize that their authority or leadership is God-given. In the New Testament, apostles and other followers of Jesus refer to Him as Christ because they believe He is the Chosen or Anointed One. Also, Herod 1 referred to Jesus as Christ because He was familiar with the Jewish story of Messiah that would be born to liberate them from sin and the oppressive rule of the Roman Empire.

“And when he had gathered all the chief priests and scribes of the people together, he demanded of them where Christ should be born,” Matthew 2:4. In this verse, Herod I is trying to know the whereabouts of baby Jesus who he sees as a threat to his rule. Herod 1 used this title because he did not know Jesus’s birth name, Yeshua, which was translated into Jesus. He referred to Jesus as Christ because many Prophets had foretold the coming of the Messiah. As I mentioned, the word Christ has the same meaning as Messiah.

When does the Bible use Jesus Christ?

The order in which the names Jesus and Christ occur in the Bible is inspired. A change in the position of the Title Christ and the Name Jesus changes the passage’s emphasis.

The Name Jesus Christ occasionally appears in the New Testament. This Name is exclusively used by Peter and John in their letters and by Jude and James, who were Jesus’ brothers. These four men knew Jesus Christ by His human name Yeshua (Jesus). They only understood He was the Anointed One or Messiah (Christ) after He was resurrected and ascended into Heaven. Therefore, the Name Jesus Christ is mainly used in the Gospel and letters of Peter, John, Jude, and James.

In the New Testament, the compound name Jesus Christ appears 71 times. In the New-American-Standard-Bible (NASB), the Name appears for the first time in the Book of Matthew, which is the first Gospel.

“Now the birth of Jesus Christ was on this wise: When as his mother Mary was espoused to Joseph before they came together, she was found with child of the Holy Ghost,” Matthew 1:18. This is the second verse in the Book of Matthew where the Name Jesus Christ is mentioned. In this verse, Matthew states that Jesus was conceived through the might of the Holy Spirit.

In the NASB, the Name Jesus Christ does not appear in 3 John, Philemon, 2 Thessalonians, 1 Thessalonians, and Luke. The last time it appears is in Revelations 1:5.

When does the Bible use Christ Jesus?

Unlike Peter, John, James, and Jude, who lived and ministered with Jesus, as stated in the Bible, Paul encountered Jesus on his way to Damascus. Jesus appeared to Paul in all His glory. Perhaps, as a consequence, Paul places the title Christ before the Name Jesus. However, he has also used the Name Jesus Christ in his letter many times.

The reason for Paul’s place of the title Christ in Jesus’ compound name (Christ Jesus or Jesus Christ) is best illustrated in Philippians 2:5-11.

“Let this mind be in you, which was also in Christ Jesus: Who, being in the form of God, thought it not robbery to be equal with God: But made himself of no reputation, and took upon him the form of a servant, and was made in the likeness of men: And being found in fashion as a man, he humbled himself, and became obedient unto death, even the death of the cross. Wherefore God also hath highly exalted him, and given him a name which is above every Name: That at the Name of Jesus, every knee should bow, of things in Heaven, and things in earth, and things under the earth; And that every tongue should confess that Jesus Christ is Lord, to the glory of God the Father.”

In verse 5, where Paul mentions the Name Christ Jesus, he is trying to explain how, despite being a deity, Jesus agrees to take the form of a human. In verse 11, Paul reverses the order of the title of Christ and the Name Jesus and calls Jesus, Jesus Christ. In this case, Jesus moves from being a human to a deity.

Is there a difference between Jesus Christ and Christ Jesus?

On the other hand, the Name Christ Jesus appears in verse 5 of the passage (Philippians 2:5-11). If you read the passage carefully, you will notice that Paul attempts to emphasize that Jesus is a deity. Jesus agrees to transform into a human to redeem man from sin. Therefore, when the title Christ comes before the Name Jesus, it emphasizes the Deity of Jesus.

What other titles does the bible use for Jesus?

Jesus is also called the Son of God, the Holy One, the Word, Emmanuel, Shiloh, Savior, Messiah, Chief Cornerstone, the Judge, King of Kings, and more. Each of these words has different meanings and point to a trait that Jesus possesses. For instance, Jesus is called the Judge because, according to the Bible, He will come to Judge everyone when He returns. He is referred to as the Messiah because, as stated in the Bible, man was redeemed from sin through His death on the cross.

GotQuestions.org. (2017). Is there a difference in meaning between Jesus Christ and Christ Jesus? Retrieved January 14, 2023

neverthirsty.org. (2019). What is the difference in meaning between Jesus Christ and Christ Jesus? Retrieved January 14, 2023