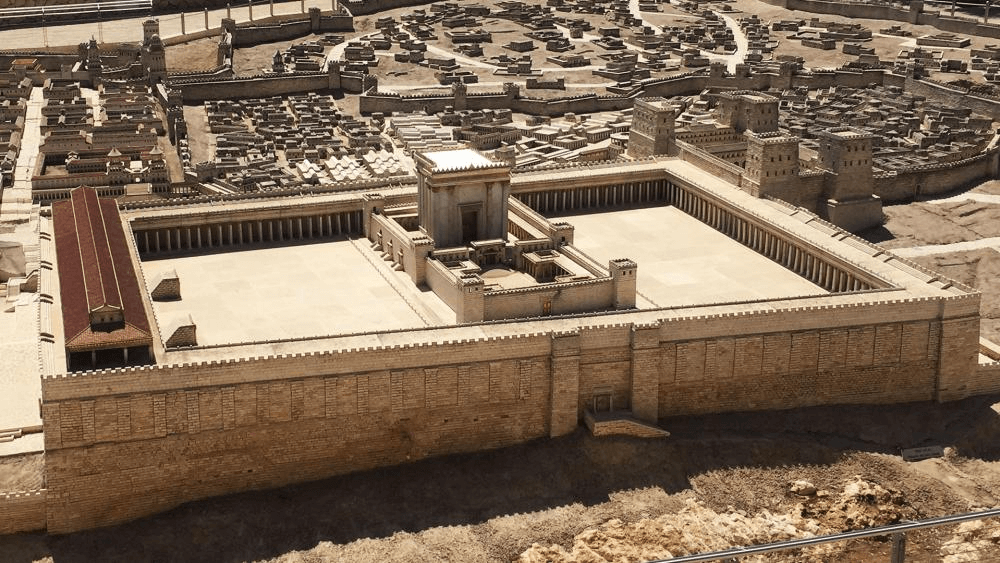 Christians know the city of Jerusalem, where Jesus was occasionally brought as a child, preached to people, died by crucifixion, and was resurrected. During this time, King Herod was the ruler of Jerusalem. So, how big was Jerusalem during Jesus’ time?

Some Biblical archeologists estimate the size of Jerusalem during Jesus’ time to be approximately 140,000m2. There is no fixed size of Jerusalem. This is mostly because the territory used to vary from time to time during King Herod’s rule.

What was the size of Jerusalem in square meters when Jesus was born?

There is no definite estimate of the size of Jerusalem during that time. However, some archeologists estimate that the size of Jerusalem was approximately 140,000 m2. The territory controlled by King Herod used to vary from time to time, thus making the size of Jerusalem also vary. Large city walls encircled the area. The city walls also encircled Mount Zion and Mount Moriah (also called Temple Mount). It lay atop adjacent hills in the mountainous parts of Judea. King Herod transformed the city to gain acceptance by the people. The city is located about forty miles East of the Mediterranean Sea and about 25 miles East of River Jordan.

What was Jerusalem like in the time of Jesus?

During Jesus’ time, workers such as tradesmen were recognizable by the symbols they wore. For instance, Woodchips were stuck behind the ears of carpenters, Needles were stuck by tailors in their tunics, and colored rags were worn by dryers. Archeologists believe that children in those days played games similar to jacks and hopscotch due to evidence of archeological findings such as spinning tops, rattles, whistles, and toy animals on wheels.

Only those who were in the tribe of Levi could become priests. However, they could only do so if they were free from infirmities, defects, or physical blemishes. Exodus 20:4 states, ‘Thou shalt not make unto thee any graven image or any likeness of anything that is in heaven above, or that is in the earth beneath, or that is in the water under the earth .’This is the second commandment, and it forbids graven images. For this reason, very few portraits show the dress code during that time. This prohibition also made the Jews produce a few carvings, paintings, and sculptures.

The bread was the main food of the two meals of the day. Red meat was reserved for occasions, and fish was also a common staple food for the people of Jerusalem. According to most Biblical sources, Jesus was not the only wonder-worker during his time. Both Romans and Jews could list several divinely inspired miracle workers.

What was the population of Jerusalem during the time of Jesus?

Has Jerusalem developed since the time of Jesus?

Jerusalem has been an important city for millennia and has had developments since the time of Jesus. The population of people living in Jerusalem has also significantly increased since the time of Jesus. In the 7th and 8th Centuries, Muslims began building mosques and shrines in Jerusalem purposely for the commemoration of certain events that are important in their religion. The Dome of the Rock, which was directly built on the Temple Mount, is the most noteworthy shrine.

The Temple Mount area, built in the first Century BC under King Herod’s rule, was destroyed by the Roman Army in AD 70. This was a prophecy that Jesus made in Matthew 24:1-2 which states that ‘Jesus left the temple and was going away when his disciples came to point out to him the buildings of the temple. But he answered them, “You see all these, do you not? Truly, I say to you, there will not be left here one stone upon another that will not be thrown down.”’. Jerusalem prospered under Arab rule. Tolerance was at first extended to Christians, but it began to diminish over time.

The First Crusade was developed by outraged Christians after a ruler of the Fatimid Dynasty ordered the destruction of all churches in Jerusalem in the early eleventh century. Jerusalem is held in high regard by Judaism, Islam, and Christianity. Christians value Jerusalem as the place of Jesus’ ministry, where he was crucified and rose again, as indicated in Acts 2. Jerusalem is currently still experiencing the times of the Gentiles as per Luke 21:24, ‘They will fall by the edge of the sword and be led captive among all nations, and Jerusalem will be trampled underfoot by the Gentiles until the times of the Gentiles are fulfilled.’ This period began with the Babylon exile and will proceed throughout the tribulation.