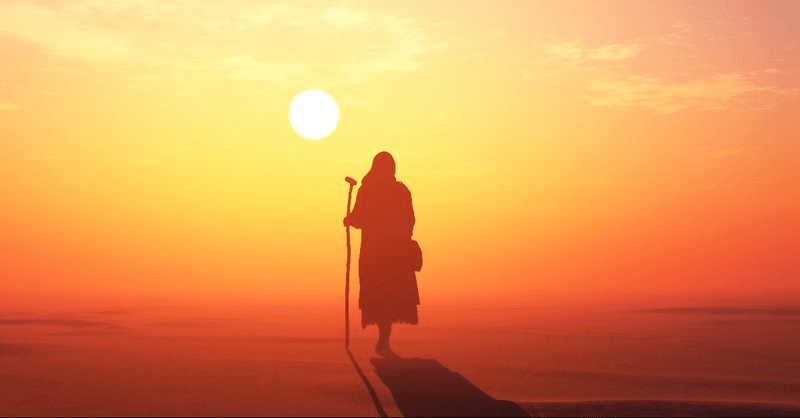 Fasting is often considered an act that most Christians engage in for different purposes. For most Christians, fasting draws them closer to God, as they spend this time praying and worshipping rather than feeding their physical body. Before his ministry, the Bible reveals that Jesus went into the wilderness and fasted. This makes some bible readers wonder, “how often did Jesus fast?”

The Bible records only one time that Jesus fasted before he started his ministry. He had just been baptized by John the Baptist and was then led to the wilderness to be tempted by the devil. This is found in Mathew 4:1-11. However, Jesus speaks about fasting in the New Testament and what a person should do during that time.

So, what does the Bible say about fasting? How many times did Jesus fast in the Bible? How long was Jesus fast? Why was it necessary that Jesus fasted? What are Jesus’ instructions to his disciples on fasting? Read on to learn the answers to these questions.

What does the Bible say about fasting?

There are several scriptures in the Bible that talk about fasting. The Bible also depicts fasting as something that is usually beneficial for someone and also a good thing. The Bible also portrays fasting as a service or an act that is more than denying yourself physical food but as a way of spiritual growth and nourishment.

In the Bible, fasting is often linked with prayers, as most people in the Bible who did it ended up praying to God. For instance, in Acts 13:2, the prophets and teachers fasted and prayed after the Holy Spirit told them to choose Saul and Barnabas to do the work that they had been called to do. The purpose of the fast and prayers in this scripture was to get enough anointing of God that they needed to place on the two that had been called.

The Bible also reveals fasting as a way of spiritual preparation. In Exodus 34:28, Moses fasted for forty days as he spiritually prepared himself to receive the Ten Commandments that God had to give him. Daniel also fasted for three weeks before receiving his vision in the book of Daniel 10:2-6. From these few instances, both Moses and Daniel fasted to prepare themselves spiritually, which made them accept whatever God was directing them to do.

How many times did Jesus fast in the Bible?

There is only one recorded instance in the Bible in which Jesus fasted. This is recorded in Mathew 4:1-11. During this time, Jesus had been from being baptized by John the baptized and was about to start his ministry officially. The Bible explains that he was then led by the spirit in the wilderness to be tempted by the devil. While in the wilderness, Jesus was tempted three times by the devil, but he overcame every temptation. Mathew 4:2 states that Jesus spent 40 days and nights without food.

The Bible does not record any other time Jesus fasted during his ministry. We see one time in Luke 5:33-39 when Jesus was confronted by some people on why his disciples were constantly eating and drinking, yet the disciples of the Pharisees and John often fasted and prayed.

Giving them a response, Jesus asked them why guests at a wedding would be left without food while the bridegroom was with them. He then went ahead and revealed that a time would come when the bridegroom would leave, and the guests will finally fast. In simple terms, Jesus revealed to the people that his disciples did not have to fast as they were already with the Messiah.

How long was Jesus fast?

The Bible is evident in the length of Jesus’ fast, which is 40 days and nights. As already stated above, Jesus only fasted once during his ministry, which was for the forty days and nights he was in the wilderness. Jesus might have fasted for that long period because he already knew what was coming ahead of him and wanted to equip himself spiritually till the end of his time on earth.

Why was it necessary that Jesus fasted?

Jesus’ fasting was necessary mainly because of the ministry ahead of him. One, Jesus fasted because he wanted to let God control him spiritually rather than his human body. Jesus knew by getting closer to God, he would be strengthened spiritually and will be able to overcome any temptation that would come his way.

Jesus also fasted to declare his mastery over human nature and that he was in to be able to be controlled by the Holy Spirit. Jesus’ mission was not a joke, and just like normal human beings, he would have wanted to prove himself to those who doubted him by doing something that may have been against God’s will. However, Jesus conducted his ministry for three years in a way that showed the spirit of God was always with him.

Lastly, Jesus’ fasting was necessary for the will of God to be fulfilled. God’s primary purpose in sending Jesus on earth was to die for the sins of humankind, as John 3:16 explains. His fast reminded him that all he would do was not his will but God’s.

What are Jesus’ instructions to his disciples on fasting?

Jesus only gave two instructions to his disciples concerning fasting, as in the book of Mathew 6:16-18. First, Jesus instructed his disciples always to wash their faces, comb their hair, and put on happy faces whenever they were fasting. Jesus instructed them to do so so that they do not become like hypocrites who fast so that everyone can see them.

Secondly, Jesus instructed his disciples to fast in private and not in public for show-offs. Instead, they were to fast in private so that their fast could only be known by their father, who is in heaven so that he could reward them.

Fasting- What Jesus taught about fasting

have you ever wondered why Jesus fasted?

Why did Jesus fast?

What does the Bible say about fasting?

two instructions from Jesus on fasting

Christian fasting-what does the Bible say?