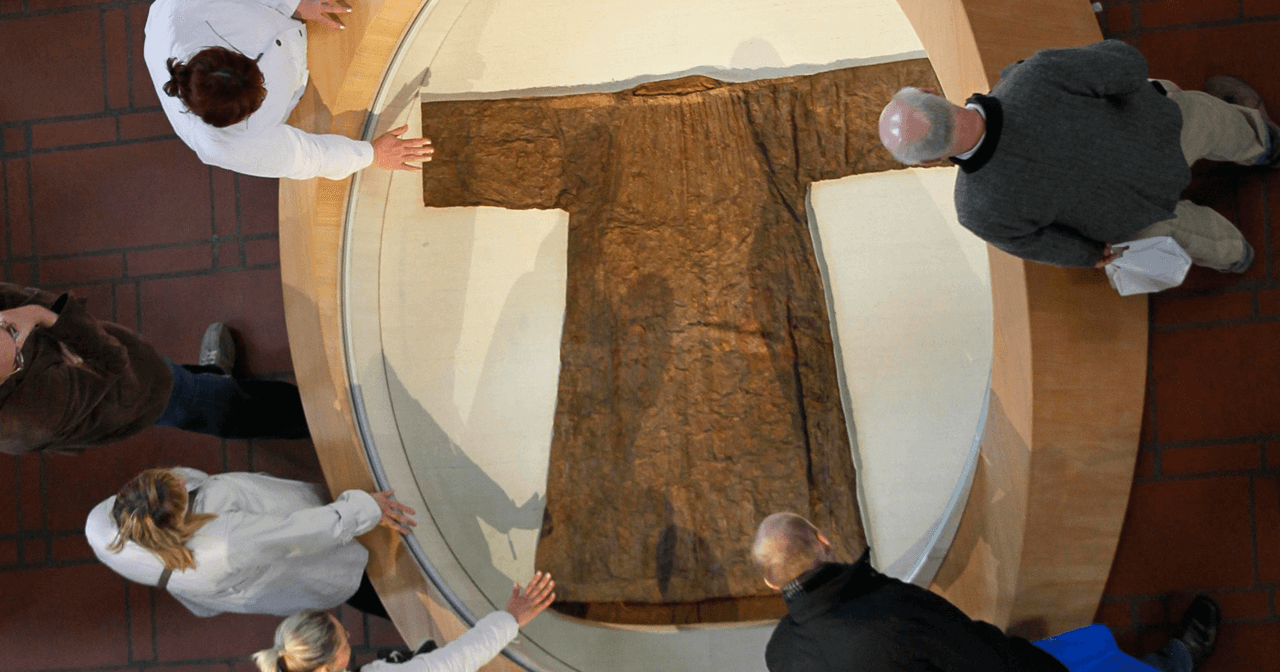 Tradition speculates that it was Mary, the mother of Jesus, who made the seamless robe of Jesus. According to the Jewish tradition, Jewish mothers made such garments for their sons. These garments were given to sons as a last gift before going out to face the challenges of the world on their own

What was Jesus’ seamless robe made of?

History claims that sections of the robe have taffeta. Parts of the robe have silk sewn to the cloth. These additions keep happening throughout the history of the seamless robe. In the 19th Century, the robe was dipped in a rubber solution to preserve it for future generations.

How was Jesus’ robe seamless?

In the book of John 19:23, the robe that Jesus wore during the crucifixion was in one piece from top to bottom.

When the soldiers crucified Jesus, they took his clothes, dividing them into four shares, one for each of them, with the undergarment remaining. This garment was seamless, woven in one piece from top to bottom, John 19:23.

The condition in which the robe appeared, without divisions or additions, just one whole piece from top to bottom, without stitches, is what made it seamless.

When the soldiers at the crucifixion site stripped Jesus of His clothing, they divided all His other clothing among themselves. However, they did not divide the robe but cast lots to determine who would keep it as it was woven in a single piece from top to bottom without a seam.

What was the significance of the seamless robe Jesus wore?

Theologians have interpreted the seamless garment to illustrate the unity of the doctrine of Jesus Christ. They believe that even though the body of Christ has divided its teachings into various categories, such as the commandments, The Trinity, atonement, repentance, etc., they are all one with Jesus Christ as the unifying factor.

Scholars believe that the seamless garment of Jesus symbolizes the different parts of the Christian doctrine and how they work together. It illustrates how aspects of the Bible combine into a unified version.

Bible scholars note that Clothes are symbolic of character and behavior. In this regard, it is believed that the seamless garment that Jesus wore shows the character of Jesus as pure, seamless, perfect, and integrated.

The seamless robe is also a symbol to remind us that Jesus is our great High priest. Scholars who believe in this draw their meaning from the book of Exodus 28:31-32 which states that the High Priest wore a priestly garment, a robe.

What happened to the seamless robe Jesus wore?

The Bible indicates that the seamless robe that Jesus wore during His crucifixion was taken by one of the soldiers after casting lots among themselves.

In early 1196, during the 12th Century, Archbishop Johann is said to have consecrated an altar that contained the seamless robe. It is in a container and well-folded. In 1512, Emperor Maximilian demanded to see the robe. The altar which enshrined the robe was opened, and the robe exhibited. The people of Trier also desired to see the robe, and soon after, people all over the world traveled to view the robe took place.

The Argenteuil tradition claims that Empress Irene gave the seamless robe to Charlemagne as a gift. Charlemagne then gave it to his daughter, Theocrate, an abbess of Argenteuil. It was then kept in the church of Benedictines. Argenteuil tradition believes that the parish priest feared the disintegration of the robe during the French Revolution in 1973. He cut it into pieces and hid them in several places. Only four pieces of the robe remain. They are in the present church of Argenteuil.

Which museum has Jesus’ seamless robe?

There are conflicting theories about the current location of Jesus’ seamless robe. Different stories claim the existence of the robe in the present day. The traditions, however, differ on the exact location of the Holy robe.

The Argenteuil tradition claims that Jesus’ seamless robe is present in the Basilica of St Denis in Argenteuil, Paris.