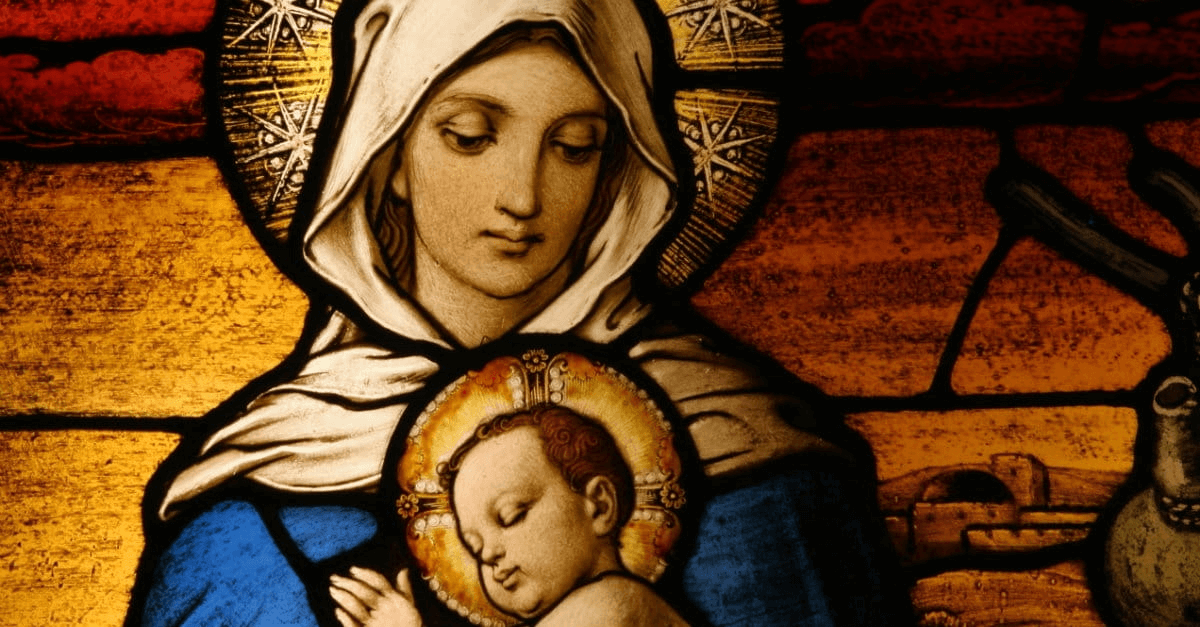 When God decided to save humankind from their sins, he sent his only son Jesus Christ to earth to fulfill that. However, this could not have happened if there was no real woman to carry Jesus and give birth to her naturally. This is why God used a young virgin to be Jesus’ mother. This leads many Bible readers to wonder, “who was Jesus’ mother?”

Mary was the name of Jesus’ mother. She gave birth to Jesus many months after the angel Gabriel visited her, as Luke 1:26-38 states. At the time of the visit, Mary had already been engaged to her husband to be Joseph but was still a virgin. Mary, the mother of Jesus, also fulfilled the prophecy that the Messiah would be a descendant of David, as Mary was from the tribe of Judah. Several scriptures in the bible show interactions between Mary and Jesus, proof that she played an earthly mother figure to Jesus throughout his time on earth.

So, what was Mary’s real name? Who were Mary’s parents? What tribe did Mary come from? How old was Mary when she had Jesus? Why did Mary have to be Jesus ‘mother? What was the significance of Mary in the story of Jesus? Why is Mary important in the catholic church? Stick around to find out the answers to these questions.

What was Mary’s real name?

If you attended church growing up, you probably know the story of Jesus and how he was born in a manger by his mother, Mary. However, did you know that the original name of Jesus’ mother was not Mary but came as a result of many bible translations? According to the Catholic Encyclopedia, Mary’s real name was ‘Miryam’ or ‘Myriam.’ This name is said to have been Mary’s original name, as it was a Hebrew name. she only came to be known as Mary years later, after various Bible translations, and most translators settled with the English name.

Besides her real name, Mary was given other names and titles, especially by the Roman Catholic church. Some of these names are the Blessed Mother, ‘Our Lady,’ ‘Madonna,’ the ‘queen of heaven, and ‘Theotokos,’ which means ”the bearer or mother of God.”

Who were Mary’s parents?

The Bible does not reveal to us who Mary’s parents were. However, several theologians and bible scholars have implied that Mary’s father was Joachim and her mother was Anne. The account of their lives is said to have appeared in the apocryphal ‘Protoevangelium of James.’ It is believed that Mary’s parents were blessed with her at an older age and therefore decided to dedicate her to God’s service in the temple when she was still young.

What tribe did Mary come from?

They further argue that Heli was mentioned as Joseph’s father, not his biological father but Mary’s father. They additionally say that no Mary could have been discussed directly in this genealogy lineage, as women were never mentioned in them but through their fathers.

Another debatable issue concerning Mary’s true lineage comes from the fact that While Elizabeth is mentioned to be a relative of Mary, it is evident that she was from the tribe of Levi, as stated in Luke 1:5. With these, some people always argue that to be relatives, Mary and Elizabeth had to be from the same tribe.

How old was Mary when she had Jesus?

It is still unclear how old Mary was when she gave birth to Jesus, as the Bible does not directly reveal that to us. However, some religious scholars speculate that Mary was fifteen or sixteen when she had Jesus. This is because, according to the Jewish customs in those days, young women became betrothed to their future husbands as young as 12 years. However, they would marry them a month or a few years after all the customs had been completed.

The most appropriate age that many scholars think Angel Gabriel appeared to Mary was when she was at least fourteen, and this would have her matured a little more. When we count nine months from when she was fourteen, Mary could have gotten Jesus when she was in her late fifteen or early sixteen.

Many preachers, however, urge their members not to focus too much on how old Mary was, rather than what she had or how she had kept herself clean for God to be able to use her for such a noble job.

Why did Mary have to be Jesus ‘mother?

Dawn Wilson, a bible scholar and theologian, suggests that Mary had to be Jesus’ mother, as she already knew who God was and even identified herself as the servant of God. Luke 1:38 says, “I am the Lord’s servant,’ Mary answered. ‘May your word to me be fulfilled?’ Then the angel left her.” With this, it was easier for Mary to keep herself clean, as he understood the critical task God had assigned her. Her virginity also helped her, as it proved the miracle of God of Mary getting pregnant without knowing any man.

What was the significance of Mary in the story of Jesus?

Mary was of significance in the story of Jesus, as she played the biological mother of Jesus. She was used as ‘an instrument’ or the carrier of the son of God. Jesus could have never come to earth without her, and human beings would still be dying from their sins.

Mary was also influential in Jesus’ story; she mostly acted as the human figure, caring for Jesus in his human body. While he was supreme, Jesus was equally a human being who needed to be taken care of to reach the appropriate age when he would start his ministry.

Why is Mary important in the Catholic Church?

Mary is an essential figure in the Catholic Church, as Catholics believe she is their mother and can therefore intercede on their behalf to God. The catholic church argues further that Mary was given the gift of compassion for being Jesus’ mother, making her a critical saint after God and her son Jesus Christ.

What was Mary’s lineage?

How old was Mary when Jesus was born?

How important is Mary to the Catholic Church? is she just as important or more important than Jesus?

What was virgin Mary’s real name?

Who were Mary’s parents? What do we know about them?

Was Mary from the tribe of Judah or Levi?